Metallica, Biden and Mariah Carey come together against poverty

NEW YORK  (AFP) – Metallica and Mariah Carey on Saturday led an A-list of musicians, and United States (US) President Joe Biden made a surprise video appearance, as the Global Citizen Festival sought to mobilise action against poverty and climate change.

Global Citizen awards tickets to fans in exchange for their commitment to take action to eradicate extreme poverty – such as contacting elected representatives to encourage foreign aid – and coincides with the annual United Nations General Assembly in hopes of raising pressure on world leaders.

“We’re inspired and grateful for all the work you’ve done and want you to know – your fight is our fight,” First Lady Jill Biden said in a video appearance next to her husband.

President Biden – along with top Senate and House Democrats Chuck Schumer and Nancy Pelosi, who both appeared in person – highlighted a new climate package that is the most far-reaching legislation ever in the US to spur clean energy. But Barbados Prime Minister Mia Amor Mottley warned that action against climate change cannot come quickly enough for islands such as hers. 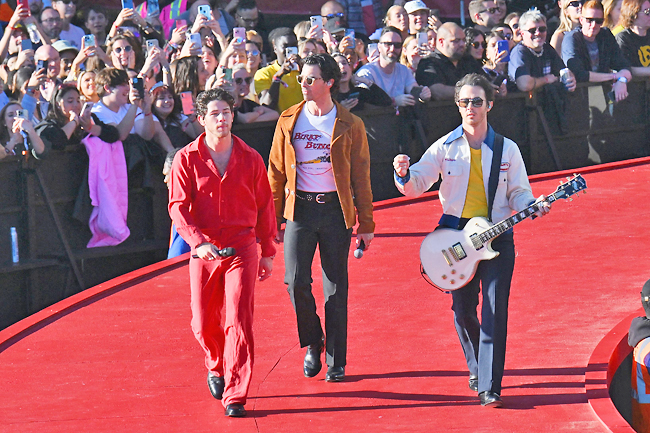 “Yes, my friends, our time is running out,” she said.

Thrash metal legends Metallica got the crowd headbanging with eight songs including a version of Nothing Else Matters featuring vocalist Mickey Guyton, who has been outspoken about her experiences as one of the most prominent Black women in country music.

Guests sought to raise awareness on an array of issues including women’s rights.

European Union chief Ursula von der Leyen, appearing on stage, said, “We have to take care of our girls and our women. They deserve it.”

She highlighted recent pledges by Europe including EUR600 million for food security in Africa, the Caribbean and the Pacific amid hunger in much of the world worsened by Russia’s invasion of Ukraine.

Mariah Carey was introduced by leading ballerina Misty Copeland, who called the singer with her famed vocal range an inspiration, and was accompanied by a choreographed dance for her classic song Hero.