BERLIN (AP) — German Chancellor Angela Merkel (pic below, AP) is telling her country’s people that they will need to keep up their discipline in fighting the coronavirus pandemic well into 2021, even as vaccinations fuel new hope.

In a televised New Year’s message, Merkel said that facing the pandemic “was and is a political, social and economic task of the century”.

“I know that engaging in this historic feat has demanded and continues to demand tremendous confidence and patience of you,” the chancellor said before starting what’s expected to be her last year in office. “I thank you whole-heartedly for that.”

Polls have shown high approval ratings for Merkel during the pandemic.

The 66-year-old former physicist has taken a science-led, safety-first approach to the public health crisis, though she sometimes struggled to persuade powerful state governors to impose restrictions quickly. 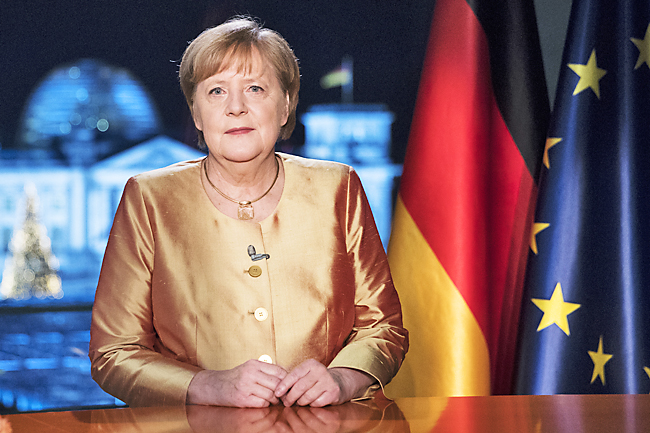 But she won’t be on the ballot when Germans elect a new Parliament on September 26.

Merkel, who has been chancellor since 2005, said more than two years ago that she wouldn’t seek a fifth term as chancellor and has repeatedly insisted that she won’t reconsider. Only if the process of forming the next government is very slow will she still be in office in a year’s time.

“This is most likely the last time that I will speak to you as chancellor in a new year address,” she said in yesterday’s message, the text of which was released by her office ahead of its broadcast.

“I don’t think I am exaggerating when I say that never in the last 15 years have all of us found the old year so difficult — and never have we looked forward to the new year with so much hope, despite all our worries and some scepticism.”

Germany is entering 2021 in a lockdown that appears certain to be extended beyond its current January 10 end date, with new coronavirus cases and deaths related to COVID-19 remaining at worryingly high levels. The country has recorded well over 1.6 million cases so far, including more than 32,000 deaths.

“We as a society must not forget how many people have lost a loved one without being able to be close to them in their final hours,” Merkel said. She added that she “can only imagine how bitter it must feel” for survivors who are mourning or fighting COVID-19’s after-effects “when the virus is contested and denied by a few incorrigible people”.

“Conspiracy theories are not just untrue and dangerous — they are also cynical and cruel toward these people,” she said. Germany has at times seen large demonstrations by a small but vocal minority opposing coronavirus restrictions. Merkel said she is constantly grateful for how disciplined and considerate most people are in respecting anti-virus rules, wearing masks and keeping their distance from others.

“This attitude among millions of our fellow citizens has spared us some things on our way through the pandemic so far,” she said. “It will also be necessary in the coming year.”

“These days and weeks are difficult times for our country… and it will stay that way for quite a while,” Merkel said. “It will still be up to us all for quite some time how we get through this pandemic.” 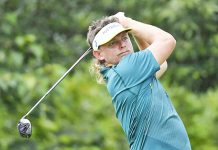