A loud cheer erupted when Hamilton hit a wall hard at turn seven in the top 10 qualifying shoot-out for the Austrian Grand Prix sprint race.

Shortly after sections of the capacity crowd, largely made up of orange-clad Dutch supporters of world champion Max Verstappen, celebrated again when Russell also crashed.

“It’s not very sportsmanlike,” Wolff said at a press conference at the circuit owned by Verstappen’s Red Bull team yesterday.

“Fans cheering when a driver crashes out, you should question the attitude and understanding of sport.”

Last weekend at the British Grand Prix at Silverstone Verstappen was vociferously booed, behaviour which was criticised by Hamilton.

“Booing is not good either,” said Wolff. “As teams we fight, but booing is a personal attack on a driver. Fans should put themselves in the same position.

“We want fans to be emotional and passionate but maybe when it becomes personal it shouldn’t happen.”

“F1 is a sport with a lot of passion around it but you should not forget it should be enjoyable – booing is never great, never right.”

With both their cars badly battered and bruised Mercedes mechanics were working flat out to get them roadworthy in time. 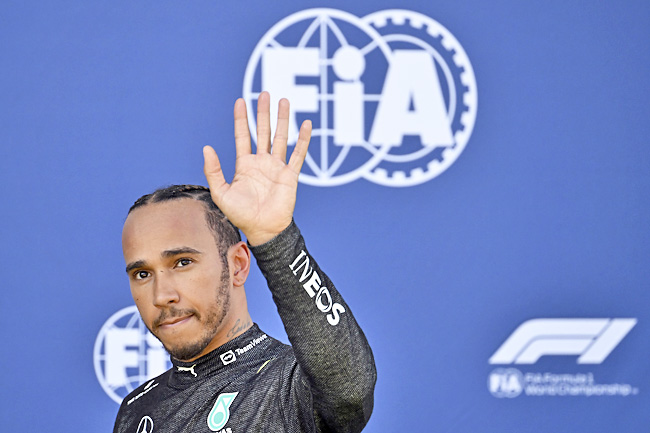