AP – Where goes Queen Elizabeth II, there – inevitably – go each of us and all those we love.

Because she reigned and lived for so long, seemingly immutable and immortal, the death of the British monarch after 70 years on the throne and 96 years of extraordinary life was a reminder, in Britain and beyond, that mortality and the march of time are inexorable, waiting for neither man nor woman, even a royal.

That kernel of wisdom from Elizabeth’s passing, the last of many she dispensed during her lifetime, is uncomfortable, even difficult, for the living. The reality of death – the queen’s being, by extension, a glimpse at the eventuality of their own – is part of the reason why some Britons mourning the only monarch most have known are feeling a complex soup of emotions.

Some have called bereavement counsellors for solace and said her departure has rekindled grief for others they loved and lost. And Britons acknowledge that they sometimes struggle with the emotions of loss. “We don’t necessarily do grief and bereavement that well,” said professor of palliative and end-of-life care at Bristol University Lucy Selman.

British bereavement experts are hoping, however, that the queen’s death and its manner – at home, with family, in her beloved Balmoral Castle – might also spur a national conversation about the sometimes awkward relationship that Britons have with dying. In the process, the experts hope, it might prompt them to better prepare for the inevitable.

“If we are going to die in a way that we hope is peaceful, comfortable, and satisfying for us, we have got to do what the queen did: Recognise that it is going to happen at some point and put some plans in place for what we want and what we don’t want to happen,” said author of With the End in Mind: How to Live and Die Well Kathryn Mannix, Mannix has witnessed thousands of deaths in her 30-year career as a palliative care physician. She said it became clear in the last two years of Elizabeth’s life that she was dying. She recognised familiar patterns – in the slowdown of the habitually frenetic queen’s schedule and the preparations she made. 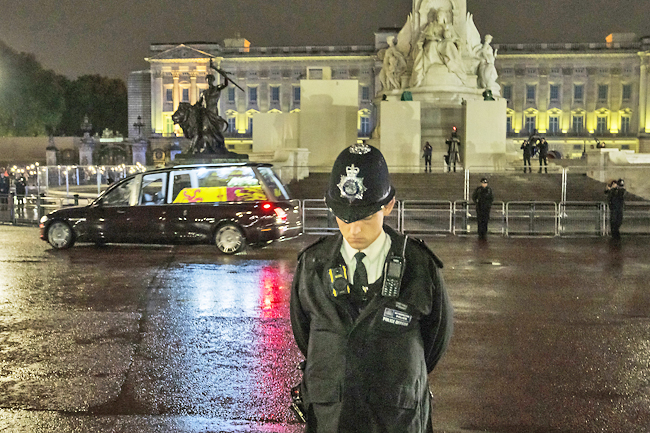 In her final months, Elizabeth made it known that when now-King Charles III succeeded her, she wanted his wife, Camilla, to be known as “Queen Consort”. And she lingered to see her grandson, Prince William, and his wife, Kate, relocate their family from central London to a royal cottage in Windsor.

One of her very last actions as queen was to ask Conservative Party leader Liz Truss to become her 15th and, as it turned out, last prime minister. That audience was last Tuesday, September 6. It was the first time in Elizabeth’s reign that she’d been away from her official London residence, Buckingham Palace, for a prime ministerial appointment. Instead, she stayed in Balmoral, her Scottish vacation home, and Truss travelled to her.

Duty done, the queen died two days later. Mannix was reminded of other deaths she encountered in her medical career, of people who clung to life “to hear the news that a baby has been born or an exam has been passed” and who then relaxed “very quickly into dying”.

Described by the government as “a period of time for reflection”, the 10 days of national mourning decreed for Elizabeth’s passing are also, unavoidably, giving dying, loss and bereavement starring roles in the wall-to-wall media coverage of the queen’s life and times.

Bereavement experts say the rituals of communal grieving and the mourning period – practically an age in the swipe-and-tap era of short attention spans – are an exceptional and important opportunity for Britons to adjust to the loss of a queen and the gaining of a king, and to process the emotions and anxiety that enormous change sometimes brings.

For young people, “this might be first time that they learn about the finality of life and what that means”, said head of bereavement psychologist Bianca Neumann at Sue Ryder, a British charity that offers support through terminal illness and loss.

“We never really look at the end of life like that, unless we have to,” she said. “It would be nice as a nation if those conversations could become more mainstream.”

Psychotherapist Julia Samuel, who was a close friend of the late Princess Diana, is urging Britons to pause and digest their loss. Posting on Instagram, she said that “if we just keep going and doing what we normally do, our brain isn’t given the information to let us know that something very big has happened.”

“The task of mourning is to adjust to the reality of a death,” she said. “To do that, we need to let our brain kind of slow down.”

To be fair, British conversations about death and loss have taken place for centuries. In Hamlet, Shakespeare had his prince muse famously about the human condition, clutching the skull of Yorick, a court jester.

“Alas, poor Yorick! I knew him,” Hamlet mourned. “Where be your gibes now? Your gambols? Your songs?”

Britons also surprised themselves and the world, casting off their reputation as a nation of stiff upper lips, with a deluge of public tears over the death of Princess Diana in 1997.

“The pendulum went from the one side to the other,” said Adrian Furnham, a London-based professor of organisational psychology at the Norwegian Business School and author of Psychology 101: The 101 Ideas, Concepts and Theories that Have Shaped Our World.

“It’s now much more acceptable, and indeed a lot more healthy, to ‘let it out,’” he said.

“That has changed in this country, because there was a time when that was distinctly a sign of weakness.”

Still, Britons concede that they could do better in helping others and themselves through bereavement. Sue Ryder last year launched a “Grief Kind” campaign, to help people find words when those around them lose loved ones.

Selman is a founding director of the “Good Grief Festival”, started during the COVID-19 pandemic to break taboos around dying. She hopes mourning for the queen will produce “a bit more awareness and an ongoing discussion about bereavement and loss and our social attitudes towards it”.

“There’s a conversation to be had about what a good death is,” she said. “And what we can do to try and ensure that we have the death that we want.”