LOS ANGELES (AFP) – Meghan Markle (pic below) said Buckingham Palace is “perpetuating falsehoods” about her and her husband Prince Harry, according to part of an interview she has done with Oprah Winfrey.

The explosive claim is the latest salvo in an increasingly heated public relations battle between the British royal family and the United States (US)-based couple.

The clip, released on Wednesday, came hours after Buckingham Palace said it was investigating claims Markle had bullied household staff in the months after her fairytale wedding to the prince.

“I don’t know how they could expect that after all of this time we would still just be silent if there’s an active role that The Firm is playing in perpetuating falsehoods about us,” Markle told Winfrey.

The Firm is a sometimes-derisive name for the British royal family. 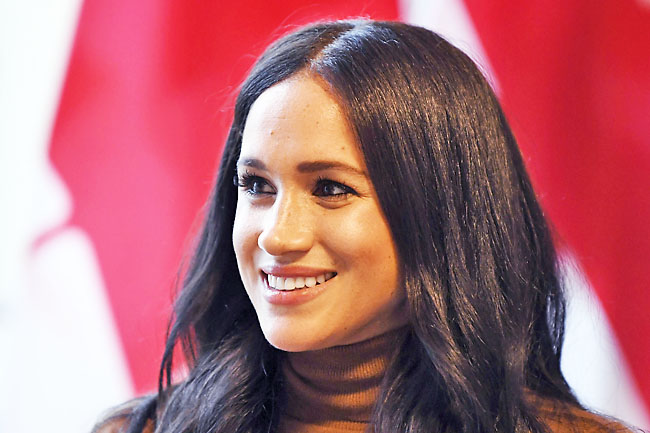 Harry and Meghan announced last year they were stepping back from royal duties, in what became an increasingly acrimonious split from the family.

Their permanent removal from duties was confirmed earlier this year, with the royal household and the couple jockeying to control the narrative of the separation.

The interview with Winfrey is due to air in the US on Sunday, and in Britain on Monday.

In a clip released by US broadcaster CBS earlier this week, Harry said he was worried about “history repeating itself”, in an apparent reference to the death of his mother.

Diana died in a high speed car crash after being relentlessly pursued by photographers through Paris.

On Wednesday, Buckingham Palace said it was looking into newspaper reports of bullying by Markle against members of household staff.

“We are clearly very concerned about allegations in The Times following claims made by former staff of The Duke and Duchess of Sussex… our HR team will look into the circumstances,” it said.

The Times said the allegations dated back to October 2018, a few months after the couple’s spectacular wedding.