Medvedev eases into US Open second round

NEW YORK (AFP) – Daniil Medevedev launched the defence of his US Open crown on Monday with a straight sets victory over lowly ranked American Stefan Kozlov.

World number one Medvedev, bidding to become the first man to successfully defend the US Open since Roger Federer in 2008, eased into the second round with a 6-2, 6-4, 6-0 win in 2hrs 1min.

Victory was sweet for Medvedev, who revealed he had regularly struggled to beat Kozlov when the two played at junior level.

“He was impossible to beat,” said the Russian, citing one encounter where his opponent “destroyed me.”

“I was happy to get my revenge today,” Medvedev added.

Kozlov, ranked 111th in the world, scored an early service break in the first set to stay in touch at 2-2 in warm, muggy conditions in Arthur Ashe Stadium.

Medvedev broke back immediately, however, and broke again for a 3-2 lead which soon became 5-2 with a further break in the seventh game.

The Russian held for the first set and took control of the contest in the second, breaking for a 5-4 lead and closing out on serve.

The 26-year-old scored three straight breaks to lead 5-0 in the third and then held to seal victory. 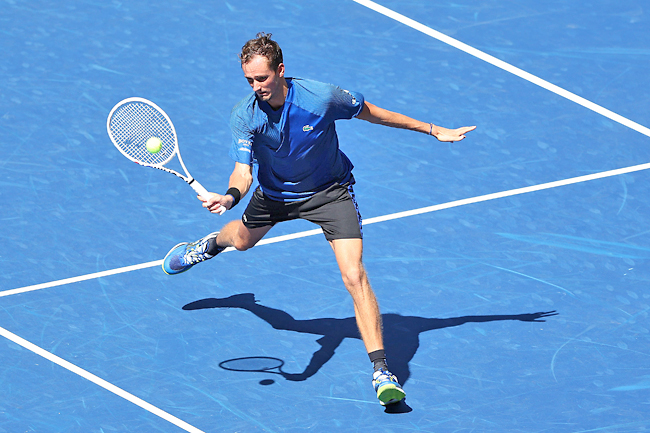