PARIS (AFP) – Kylian Mbappe on Sunday blasted as “disrespectful” comments made by the head of the French Football Federation (FFF) concerning former international Zinedine Zidane with the Paris Saint-Germain (PSG) superstar describing his fellow World Cup winner as a “legend”.

“Zinedine Zidane, I wouldn’t even have taken his call on the phone,” FFF president Noel Le Graet quipped dismissively in an interview on French radio when asked whether Zidane had called him to express an interest in taking over as coach from Didier Deschamps.

Deschamps on Saturday signed a new deal until the 2026 World Cup.

Asked whether Zidane, who won the 1998 World Cup as a player alongside Deschamps and was a runner-up in 2006, had called him in recent days, Le Graet dismissed the former Real Madrid coach as having been a potential candidate.

“I wouldn’t even have taken his call,” Le Graet said. “To tell him what? ‘Hello sir, don’t worry, look for another club, I just agreed a contract with Didier’.” 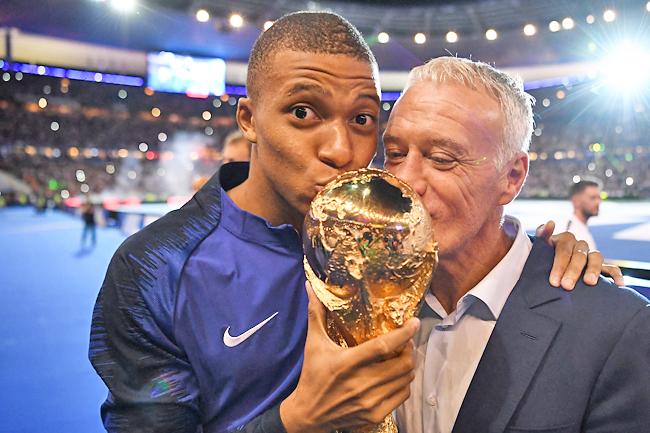 However, Mbappe, who won the 2018 World Cup with France and was runner-up in Qatar, took exception to Le Graet’s tone.

French Sports Minister Amelie Oudea-Castera later on Sunday demanded an apology from Le Graet for his comments which she said showed “a shameful lack of respect”.