According to Maybank Chairman Tan Sri Zamzamzairani Mohd Isa, the escalation of geo-political tensions, resultant market volatility as well as inflationary pressures somewhat dampened the positive impact of the resumption of economic activities and gradual re-opening of international borders.

“While we are cautious in our outlook for the rest of the year given significant uncertainties, we will remain guided by the forward looking strategies set out in our M25 Plan,” he said.

“We intend to actively drive new business growth in this recovery period, while at the same time continue supporting our customers to ensure they are able to remain sustainable in the long term,” he added. For the quarter under review, the group reported revenue of MYR11.91 billion, a 2.54-per-cent decrease from MYR12.22 billion a year earlier.

Net-fund based income in Q1 of 2022 grew 5.3 per cent to MYR4.89 billion as net interest margin (NIM) expanded three basis points year-on-year (y-o-y) on lower interest expand and loan growth of 5.2 per cent. However, this was offset by a 28.3-per-cent decrease in total net fee-based income to MYR1.56 billion across most business segments due to market volatility. 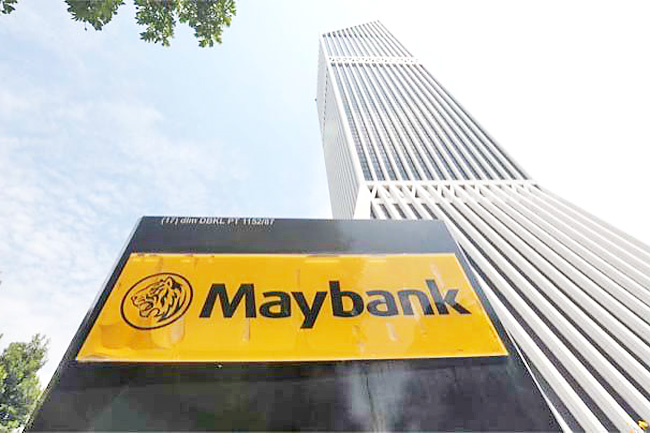 Gross deposits grew 5.5 per cent y-o-y on the back of a steady increase in current account savings account (Casa) deposits across its key home markets, while Casa ratio to total deposits expanded to 46.2 per cent from 44.5 per cent a year earlier.

The group’s fully loaded CET1 ratio strengthened to 14.95 per cent in the quarter under review while total capital ratio stood at 18.37 per cent.

Maybank’s liquidity coverage ratio and net stable funding ration stood at healthy levels of 143.2 per cent and 118.6 per cent respectively, above the regulatory requirement of 100 per cent.

Gross impaired loans improved to 1.95 per cent from 2.2 per cent in March last year. Loan loss provisions almost halved to MYR443.41 million for Q1FY22 from a year ago mainly on lower management overlay given improving economic outlook.