Maths is no problem for some fish

THE WASHINGTON POST – It’s no shocker that Harry and Hermione would know that 4 – 1 = 3. But what if I told you that this Harry and Hermione aren’t characters in Harry Potter stories – they’re stingrays. And they can still do this type of maths.

A study from Germany’s University of Bonn tested the mathematical abilities of several freshwater stingrays named after Harry Potter characters. They also tested a type of African fish called a cichlid, and they were given names such as Jennifer and Tiffany.

Seeing if the fish could do maths was similar to training a dog.

“You provide a reward system,” said zoologist and study co-author Vera Schluessel. “So if they do something right, they get a treat.” In this case, the treats were food pellets for the cichlids and earthworms, shrimp or mussels for the stingrays.

For example, let’s say the researchers showed a fish a card containing four shapes, such as small circles or squares.

All the shapes were blue. They then showed it two new cards: one with three blue shapes and one with five. If the fish touched its nose to the card with three shapes, it went away without a treat. 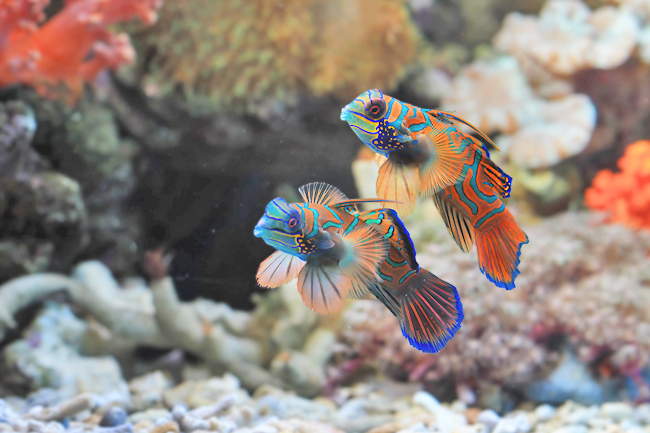 Touching its nose to the card with five shapes, however, earned it a treat. Over time, the fish learnt that blue shapes on the original card meant it needed to “add one” to the original number of shapes.

The researchers did the same experiment with yellow shapes. But in this case, the fish learned to “subtract one”.

Schluessel and her team have worked with fish for years. “We weren’t surprised that it worked,” she said, “because they’ve done so many wonderful things before this study.”

About half of the fish managed to learn the task. Overall, the stingrays did better than the cichlids, although Schluessel said that cichlids have done better than stingrays in some of
her other studies. In general, “all the fish preferred addition”.

The study tested only the fishes’ abilities up to the number five. With small numbers like these, humans, too, can easily see how many items there are. However, “if you look at seven dots, you don’t know it’s seven. Could be six. Could be eight”, Schluessel said. “You have to take a second and count” – which is not easy for a fish.

Other animals have also been shown to recognise smaller numbers, including salamanders and mockingbirds. Similar to Schluessel’s fish, bees can add and subtract.

But why do fish need to do maths? Schluessel said that’s “a very good question”. It makes sense that they should know how to recognise “more” versus “less” when it comes to assessing which food source is more abundant or wanting to join a larger group that will provide more protection against predators.

But scientists don’t know why they would need to add or subtract. Understanding their abilities, however, gives humans more insight into fish and perhaps helps them give more respect to them. Schluessel hopes that people of all ages think, “Wow, fish are cool.”