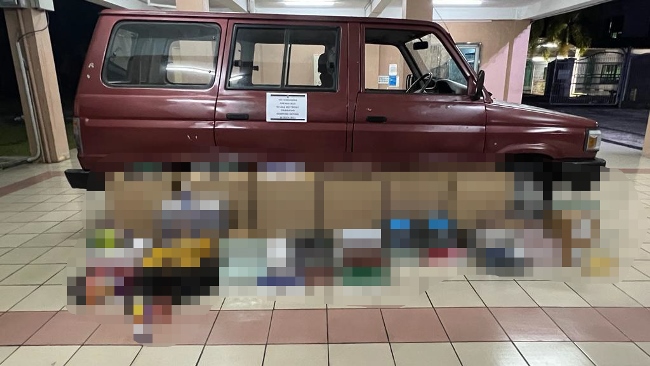 In the first operation on August 30 at Kampong Batong, enforcement personnel detained two local men aged 30 and 15 for the alleged possession of contraband.

Two hundred and ninety-one cartons, and nine sticks of cigarettes, 71 vape pods, 24 bottles and 96 cans of alcohol as well as BND2,328 were also found, believed to be proceeds from the sale of the contraband.