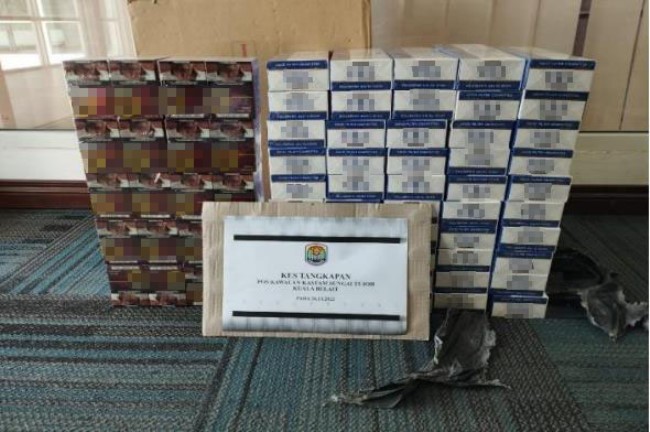 A massive haul of contraband comprising 1,444 cartons of cigarettes along with 177 bottles and 144 cans of alcohol were seized by the Royal Customs and Excise Department (RCED) during an operation in Kampong Bolkiah ‘B’ recently.

According to a statement yesterday, several smuggling attempts were also detected at the Sungai Tujoh control post where two foreign workers – a 24-year-old and a 54-year-old – were detained for allegedly attempting to smuggle contraband into the country.

Authorities found hidden contraband comprising 66 cartons of cigarettes and 24 bottles of alcohol in the suspects’ vehicle.