SINGAPORE (CNA) – A joint venture by Singtel and Grab as well as technology firm Sea and Jack Ma’s Ant Group are among those that have been selected for the four digital bank licences issued by the Monetary Authority of Singapore (MAS).

In an announcement on Friday evening, the Singapore central bank said the Singtel-Grab consortium and an entity wholly owned by Sea Limited were awarded the two digital full bank licences that permit retail banking.

The other two licences for digital wholesale banks – which will serve small- and medium-size enterprises (SMEs) and other non-retail segments – were awarded to China’s Ant Group and a consortium comprising Greenland Financial, Linklogis Hong Kong and Beijing Co-operative Equity Investment Fund Management.

MAS said successful applicants “must meet all relevant prudential requirements and licensing pre-conditions” before they will be granted with their respective licences.

It added that it expects these new digital banks to commence operations from early 2022.

“We expect them to thrive alongside the incumbent banks and raise the industry’s bar in delivering quality financial services, particularly for currently under-served businesses and individuals,” he added, noting that they will further strengthen Singapore’s financial sector for the future digital economy.

Online-only banks are not new, with such concepts already operating in parts of Asia such as China and Japan.

They offer services that one can expect from conventional banks, such as accepting deposits, loans, facilitating payments and loans, except that these will be performed online as these banks do not have physical branches.

The MAS first announced in June last year that it would issue up to five digital banking licences – two for retail banking and three for wholesale banking – to non-bank players, in one of the country’s biggest steps to liberalise its banking sector.

It received 21 applications by end-2019, before whittling it down to 14 eligible hopefuls six months later.

The assessment period for the online-only banks was pushed back to the second half of this year, instead of June as originally intended, due to the COVID-19 pandemic.

MAS on Friday said its assessment was “done on a holistic basis” that took into account “all relevant considerations for each criterion”, including the business model’s value proposition and incorporation of technology to serve customer needs and reach under-served segments.

It also took into consideration the eligible applicants’ reviews of their business plans and assumptions underpinning their financial projections arising from the impact of the COVID-19 pandemic.

“The two selected DFB (digital full bank) applicants were clearly stronger than the other eligible DFB applicants,” MAS said in its press release.

“As for the DWBs (digital wholesale bank), the two selected applicants met MAS’ expectations and were assessed to be demonstrably stronger across the criteria notwithstanding the general high quality of the eligible applicants,” it added.

As the digital wholesale bank licences are introduced as a pilot, MAS said it “will review whether to grant more of such licences in the future”.

In media statements issued after the announcement, Grab and Singtel said they were “honoured” and “excited” to be awarded the digital full bank licence.

Both companies also said that their combined expertise would help them serve customers better.

“With Grab and Singtel’s combined experience in meeting the everyday needs of Singaporeans, as well as our deep tech expertise and data-driven insights, the digital bank will further our goal to empower more people to gain better control of their money and achieve better economic outcomes for themselves, their businesses and families,” said Grab CEO Anthony Tan.

Singtel said that as a home-grown company, it looks forward to contributing to an “exciting digital era of finance”.

“We’re pleased to be a part of this significant milestone, especially at a time when the pandemic has underscored the importance of digital platforms, making digital banking even more relevant to meet the everyday needs of our customers,” said group CEO-designate Yuen Kuan Moon.

Sea said in a statement that its mission is “to better the lives of consumers and small businesses through technology”.

“We are honoured to be selected by the Monetary Authority of Singapore for the award of a digital full bank licence and to have the opportunity to offer digital banking services addressing the under-served financial needs of young consumers and SMEs in Singapore,” said Chairman and group CEO Forrest Li.

Ant Group said it has “accumulated substantial experience” over the years and proven its success, especially in China where it is partnering financial institutions to serve the needs of SMEs.

“We look forward to building stronger and deeper collaborations with all participants in the financial services industry in Singapore, as we work together to make financial services more accessible for SMEs while supporting local talent development in the process,” it said in a statement.

Meanwhile one of the contenders Razer Fintech said its strategy of entering the digital banking business “remains unchanged”, despite losing out on its application.

The financial technology arm of gaming hardware firm Razer had formed a consortium, which includes companies such as Sheng Siong Holdings, insurer FWD and vehicle marketplace Carro, to apply for a digital full bank licence.

“While we were hopeful to be able to start our journey here in Singapore, our strategy of extending the Razer Fintech business into digital banking remains unchanged,” said its Chief Executive Lee Li Meng, who added that the fintech arm was already “engaging other jurisdictions in parallel” as it awaited the results of the licence in Singapore.

They said the new entrants would add to healthy competition in the industry and spur industry players to do better.

Echoing the sentiment, OCBC said digital banks are “expected to add some colour to the financial space but they face an already hyper-competitive environment”.

It added that the bank has made several digital innovations and is confident that its current approach will help it emerge “even stronger”. 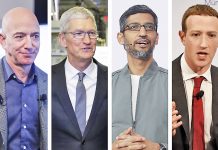 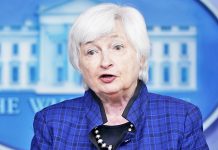 Top US regulators pledge to seek reforms for money markets 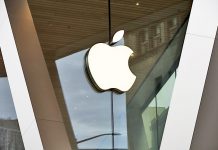