HONG KONG (AFP) – Equity markets were mixed yesterday following losses on Wall Street as a forecast-topping United States (US) jobs report gave the Federal Reserve room to continue hiking interest rates, while there was some cheer in China as leaders eased COVID curbs.

US traders took flight after the closely watched non-farm payroll figures on Friday, which showed a slowdown in hiring but still with more new posts created than expected.

That came as more officials suggested the Federal Reserve could continue lifting borrowing costs sharply as they try to rein in inflation. However, with prices being driven higher by factors ranging from the Ukraine war to China’s lockdown-induced slowdown, there are fears the bank’s measures could deal a blow to the world’s biggest economy.

The jump in inflation has forced finance chiefs around the world to tighten monetary policy, with the European Central Bank indicating it will raise rates in July for the first time in more than a decade. “The critical issue for markets is whether inflation can be brought under control by central banks without generating a recession,” Head of investment strategy and chief economist at AMP Capital Shane Oliver said in a note.

“Shares are likely to see continued short-term volatility as central banks continue to tighten to combat high inflation, the war in Ukraine continues and fears of recession remain.”

All three main indexes on Wall Street ended deep in the red, with tech firms taking most of the pain, though Asia fared a little better yesterday.

Hong Kong, Tokyo, Shanghai and Taipei all rose, but there were losses in Sydney, Mumbai, Singapore, Manila, Bangkok and Jakarta.

London climbed more than one per cent with traders keeping an eye on Westminster as Prime Minister Boris Johnson faces a confidence vote. Paris and Frankfurt also rose. 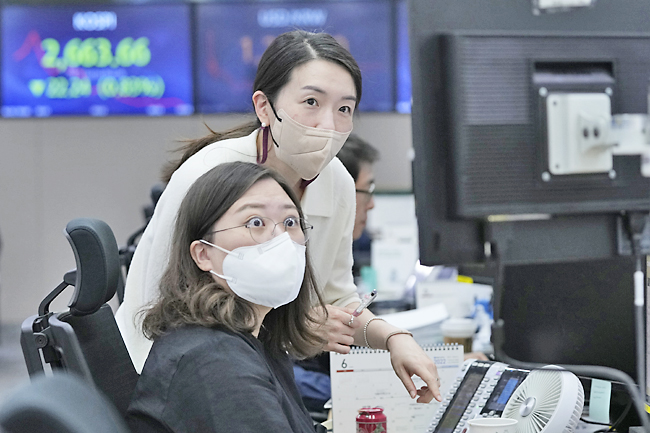