On March 27, Assistant Professor at the Centre for Advanced Material and Energy Sciences (CAMES) at Universiti Brunei Darussalam (UBD) Dr Lim Ren Chong shared insights into ‘The Culture of Scientific Knowledge Production during the Early Abbasiyah Period’ during an hour-long talk at the SOASCIS’ Collaboration Room, UBD.

Dr Lim explained that the Islamic civilisation during the early Abbasiyah period between 750-861CE was marked by technological advancement stemming from the ability of its community to preserve, adapt and build on already existing knowledge assimilated from others.

He believed these technological developments were made possible through significant advancement made in physical sciences, such as mechanics and astronomy, health sciences as well as mathematics.

According to Dr Lim, the Abbasiyah civilisation cultivated scientific activities through a patronage system, and instilled competitive advantages within the ruling elites through the translation and specialisation of advanced sciences.

He highlighted that there was one major scientific advancement which took place during this period. 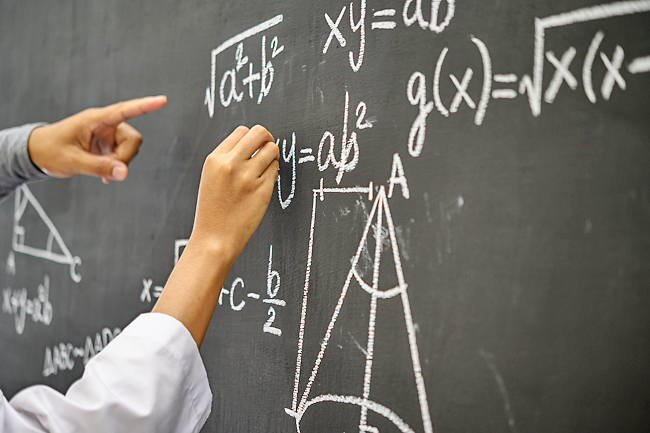 “It was the publication of a book titled al-Kitab al- Mukhtasar fi Hisab al-Jabr wal-Muqabalah (Compendium of Algebra) by Muhammad ibn Musa al-Khwarizmi around 820CE, which led to the development of algebra as an essential part of mathematics,” Dr Lim said.

Dr Lim said it is worth noting that Latinised version of Al-Khwarizmi’s name lend itself to the word “algorithm” widely used in the context of the general-purpose technology (GPT) underpinning the ongoing Fourth Industrial Revolution (IR4.0).

Attendees were enlightenedby the knowledge that Al-Khwarizmi’s original motivation was to apply arithmetic, the science of numbers and counting, in practical dealings between members of the community such as trading transactions, inheritance, and financial matters relating to matrimony.

“In doing so, he established algebra as a crucial link between geometry and computing. Today, we understand algebra as a geometrical transformation making use of computing power available in smartphones, personal computers, and other computing devices,” Dr Lim said in his presentation.

He further emphasised that the science of algorithms extends beyond geometrical transformations and computational power.

“Following on in the same tradition as al-Khwarizmi’s algebra, this science must capture the motivations of innovators who develop the algorithms. To this end, an Islamic governance framework, such as the Maqasid, can be deployed to articulate such motivations,” Dr Lim suggested.

His presentation was followed by a question-and-answer session, giving participants the opportunity to engage in the topic.