AP – Marilyn Monroe has been dead for 60 years, but there is still a kind of madness around her that remains. Just look at the frenzied discourse around Blonde, an adaptation of Joyce Carol Oates’ fictional portrait of the Hollywood star that has yet to be seen by the general public.

There was intrigue around its NC-17 rating and the reasons for its long delay in release (it was filmed before the pandemic). There was curiosity about its star, Ana de Armas (AP, pic below), and her native Cuban accent slipping through in the trailer. Meanwhile, its director Andrew Dominik, who has been trying to make this film for well over a decade, was calling it a masterpiece.

Blonde got a rapturous reception at the Venice Film Festival earlier this month, but reactions from film critics have been divided. Some love Dominik’s treatment. Others have wondered if it is exploitative. The New Yorker even called it, “A grave disservice to the woman it purports to honour.” It is not dissimilar to the responses to Oates’ novel in 2000.

Or even the discussion around the much-tamer My Week With Marilyn, which got Michelle Williams an Oscar nomination for her performance. But they all invite questions about our own relationship with Monroe, what we owe her and what we still demand from her.

Dominik, for his part, has read many of the reviews. In some ways, he said, both the positive and negative reactions are indicative of its success. Like it or not, Blonde, which arrives on Netflix recently does not want you to feel good about what happened to Monroe. 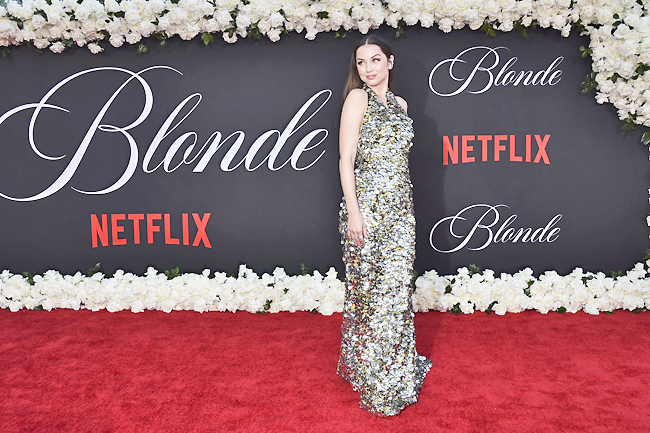 “The film’s a horror film,” Dominik said earlier this week. “It’s supposed to be an absolute onslaught. It’s a howl of pain. It’s expression of rage.” Blonde takes viewers on a surreal journey through the short life of Norma Jeane Baker, from her childhood with a single mother living with schizophrenia (Julianne Nicholson), to her superficial successes in Hollywood, as Marilyn Monroe. It looks at her marriages to baseball star Joe DiMaggio (Bobby Cannavale) and playwright Arthur Miller (Adrien Brody), her mistreatment and assaults, her abortions, her miscarriage and her death, at 36, of a barbiturate overdose.

To Dominik, his film is the opposite of exploitation. Exploitation is happily performing a song like Diamonds are a Girl’s Best Friend with a “wink and a nod”, he said. But, he shrugged, “People like to be offended. The primary relationship in the film is between the viewer and her,” Dominik said. “I’ve never made a film that tells me more about the viewer than this one.”

It’s a moment a lot of people have been waiting for, but perhaps no one more so than de Armas, who finished work on Blonde back in 2019. Her raw and vulnerable performance has been widely praised, even in the more negative reviews.

Though she’s not an actor who stays in character when the day is over, living with the emotions, the character, and filming in the places Marilyn lived, ate, worked and even died, it was “impossible not to feel heavy and sad,” she said. Even so, she counts Blonde as one of the best times she’s ever had on a set.

“I do trust what we did,” de Armas said. “I love this film.” Everyone around her was stunned by the performance as well. Brody said he left the set his first day feeling like he’d actually worked with Monroe.

“She’s so iconic and it’s such a tall order for someone to interpret,” Brody said. “What she gave to be so vulnerable and so brave? It’s not something to be taken lightly.”