ANN/THE STRAITS TIMES – President-elect Ferdinand Marcos Jr appointed as his legal counsel the same man who, as defence minister over 36 years ago, helped hatch a coup that forced his father – the Philippines’ autocratic president from 1965 to 1986 – to flee the country in shame.

Angeles said Enrile, 98, released a statement saying: “I will devote my time and knowledge for the republic and for Marcos Jr because I want him to succeed.”

Enrile was defence minister and had been a loyal enforcer for then president Ferdinand Marcos before he linked up with police chief Fidel Ramos to plot a coup in 1986, shortly after the 1985 elections that many believed the dictator rigged to thwart a challenge mounted by pro-democracy icon Corazon Aquino. Allegations of election fraud later fuelled massive protests in the capital Manila. On February 22, 1986, Enrile and Ramos announced in a news conference that they were breaking away from Marcos, and called on him to step down.

The two and hundreds of security forces still loyal to them then barricaded themselves inside the military’s sprawling camp in Manila, as they sought to rally more military units to their side.

Enrile is rejoining the government after a full-throated endorsement of Marcos Jr in the just-concluded elections.

His statement that there were no human rights abuses during martial rule, from 1972 to 1983, played into Marcos Jr’s narrative that his father’s reign, though harsh, had been benevolent and prosperous for the Philippines.

Marcos Jr, who is due to be sworn in as president on June 30, has yet to nominate his foreign affairs minister. 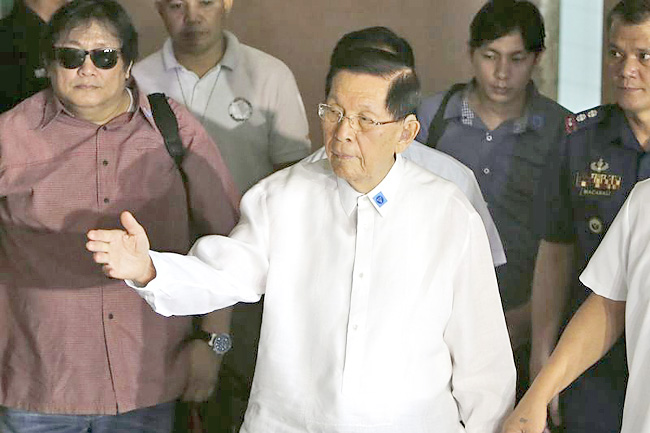