Today marks the 10th anniversary of the Great East Japan Earthquake where nearly 20,000 tragically lost their lives and another 2,529 people are still missing to date.

People around the world watched the horror of that fateful day on TV and Internet when a devastating tsunami struck the east of Japan.

Ambassador of Japan to Brunei Darussalam Eiji Yamamoto expressed his deep condolences to the victims and their families. He also conveyed his sympathy and thoughts with those who are still suffering from the aftermath of the calamity.

“This is really an emotional time for us and I think that all Japanese remember what happened on that day,” he said. 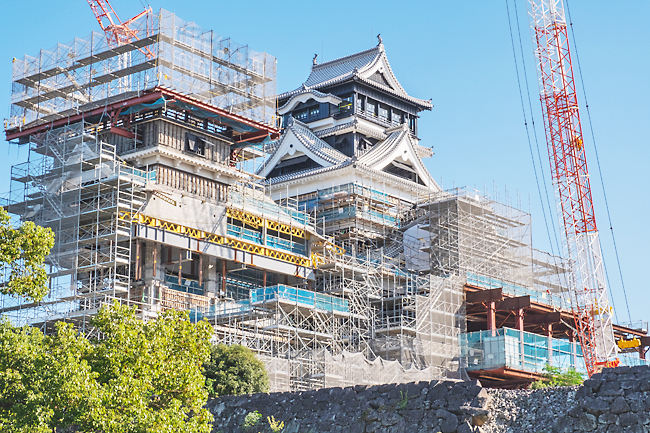 The Japanese ambassador in an interview yesterday recalled the moment the Great East Japan Earthquake struck Japan, which he still vividly remembers.

“I will never forget when that happened 10-years-ago on March 11, 2011. I was working in my office in the Ministry of Foreign Affairs in Tokyo when the whole building started to sway at 2.46pm. The swaying kept increasing until I felt as if the desk was moving about one metre. I was frightened and I couldn’t move at all. I never experienced an earthquake of this scalebefore, so I held on to the desk until the swaying stopped.”

“Around the same time, my wife was shopping at a local supermarket where bottles and cans on shelves started to fall. Within an hour, we gathered in front of a TV and were all appalled to see the tsunami engulfing cars, people and towns in the coastal areas of Japan. I was shocked and kept on praying for their safety.” The ambassador was then in charge of crisis management and also looking after the ASEAN region.

He recalled, “I rushed to the situation room of the Prime Minister’s Office. Many of us had to stay at the office the whole night while others who were worried about their family members were brave enough to walk for hours to reach home, since transportation was disrupted.

“I stayed in the situation room for weeks observing the search and rescue operations as well as containing of damaged nuclear reactors in Fukushima. The military was mobilised to assist in the operations.”

The ambassador said his mandated task was also to coordinate the offer of assistance. In the first month of the earthquake, over 20 countries had offered to send their rescue teams including United States, China, Australia, Korea, Indonesia and others, while many countries also donated to help with the recovery.

“Under the strong leadership of His Majesty, the Brunei government lifted the remaining restrictions on agricultural and fishery products from Fukushima three years ago in September. Our government and people in particular from the affected areas will remember these contributions and friendship.”

The Japanese ambassador said, “Thanks to these contributions, support and also due to the great efforts of our people, we have made great progress in recovery.”

Over 160km long, the Sanriku railroad along the coastal areas which was severely disrupted is now in full operation again. New Bulwarks and towns have been built in once devastated areas. Future oriented projects have also commenced. In Fukushima, Hydrogen energy research fields and robotic test fields are now open.

“Our country is fully committed to tackling recovery activities continuously as a matter of priority,” he shared. The ambassador also expressed hope that after COVID-19, Bruneians can visit the Tohoku areas including Fukushima, which is known for its nature and seafood, as well as meet local Japanese people who have overcome the unprecedented disaster.