THE WASHINGTON POST – When Mohammad Saiyub arrived home after a 900-mile odyssey during the pandemic, his parents burned the shirt and jeans he had worn on the journey. It wasn’t the coronavirus they feared. There was too much pain, too much bad luck imprinted on the clothes to keep them.

Saiyub was one of the millions of people who streamed out of Indian cities last year, an exodus without parallel since the country became independent in 1947. On the road, his friend Amrit Kumar became delirious with a sudden fever and died. Saiyub brought his body home. Nothing has been the same since.

India imposed the world’s largest lockdown just over a year ago. The restrictions are nearly all gone, but their impact endures, stamped on countless lives. For migrant workers who left cities any way they could when their livelihoods evaporated, it has been a time of hardship and loss.

Many were blown across the country and back again, or to different places, always in search of work. They survived lean months in their villages by borrowing money they are struggling to repay. Some cannot afford the train tickets to travel to the cities where they had jobs. Others have returned but in many cases to lower wages.

The continuing difficulties of migrant workers are part of a much larger challenge. The Indian economy probably experienced its worst annual contraction on record in the last financial year. The number of people in South Asia living on less than USD2 a day swelled by an estimated 78 million in 2020, most of them in India, according to a recent report by the Pew Research Center. 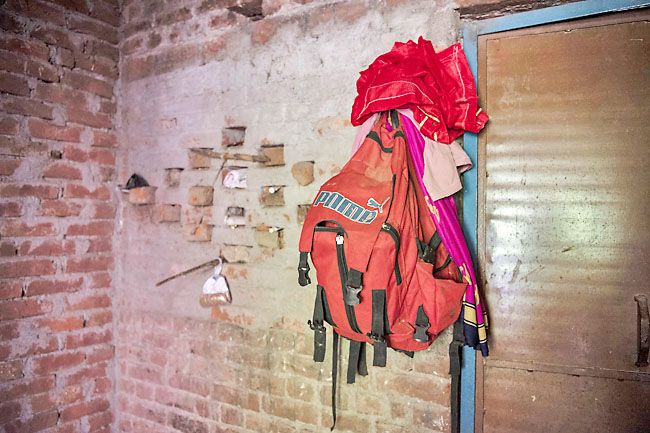 The fallout of the “unplanned” lockdown “is going to be felt for a longer period, definitely a couple of years”, said economist at Azim Premji University in Bangalore Rajendran Narayanan.

Workers who migrate for jobs in India may total more than 100 million, the government has indicated, part of a vast informal workforce. Officially, more than 11 million such workers returned home during the coronavirus pandemic, but experts said the true figure is probably higher.

Executive Director Rajiv Khandelwal of Aajeevika Bureau, an organisation focussed on migrant workers that is based in Rajasthan, estimates that about 75 per cent of such workers have returned to the cities. While the construction sector has recovered, he said, travel and hospitality remain devastated. Factory workers face “very erratic wages” compared with the past: Business is slow, and there is a surplus of people seeking work.

The lockdown showed how little the government knew about migrant workers, despite their crucial role in the economy. The authorities eventually arranged special trains to bring workers home – even as regular train travel remained suspended – and provided free grains to tens of millions of Indian households.

Now the government is moving to register and count such workers for the first time, Khandelwal said, even if concrete steps to improve their working conditions remain elusive.

With coronavirus cases once more on the rise, fears of a new lockdown are brewing. Such worries are stark in places like Surat, a textile hub and city of more than four million near the Arabian Sea. Migrant workers have arrived there by the tens of thousands to take up jobs at noisy mechanised looms turning out fabrics and embroidery.

Among them were Saiyub and his friend Amrit, both in their 20s; Manoj Mishra and his brother, Mani Shankar, in their early 30s; and Uttam Pradhan and his family. A year later, their lives are nothing like they once were.

For the last 22 hours of his journey to his village, Saiyub sat in the back of an ambulance. His friend Amrit’s body was beside him, wrapped in a blue plastic sheet.

Like millions of others, they had scrambled to find any way home as their cash ran out. With transportation suspended, people walked, biked, hitchhiked and travelled long distances by sea. Saiyub and Amrit asked their families to send money so they could pay a truck driver to take them across the country. Along with dozens of others, they crammed into the back in the searing heat of an Indian summer.

Last July, sitting on the porch of his family’s home, Saiyub blamed the government for not organising trains faster to transport migrant workers. If it had, maybe Amrit would have lived. Instead, the two friends were left on the roadside by the truck driver hundreds of miles from home, Saiyub cradling Amrit’s head in his lap.

“Everything else I can try to make up, but I cannot bring him back,” said Saiyub, 25. “That’s the hardest.”

No one knows how many migrant workers died during the exodus, but a database based on news reports suggests it could be as high as 1,000. The government has said it has no information on such deaths.

The months that followed were “wasted”, Saiyub said. There were long, still days in the village with little to do once the rice planting was through. The family accumulated USD800 in debt to friends and relatives.

In October, Saiyub booked a train ticket back to Surat without telling his parents. His supervisor said he could give him back his old job at an embroidery machine earning USD150 a month. But his family forbade Saiyub, their youngest son, from leaving until the pandemic was over.

Saiyub had wanted to be a teacher but left school at the age of 14 to help support his family. He and Amrit talked about setting up their own small factory, and Saiyub hoped to build a new home for his parents. He often goes to see Amrit’s family, who live just down the road. Perhaps he could start a welding business, he thinks. But “without a job and prospects, everything seems impossible”.

Manoj Mishra and his younger brother both came to Surat for work and found jobs at factories making saris, one dyeing fabrics and the other sewing borders. In June, they left on a 24-hour train ride back to their village in Uttar Pradesh, India’s largest state. The heat was overwhelming, and they didn’t have enough food.

Manoj was relieved to be home. But his younger brother Mani Shankar was anxious and restless. For the previous three months, while under lockdown in Surat, he had earned nothing and was contemplating the family’s debts, his wife Rekha Devi said in an interview. While she and her son were sleeping in the next room, Mani Shankar committed suicide. Only 10 days had passed since they had returned from Surat.

Manoj struggled to make sense of the death of his brother – the adored youngest child whom the family hoped would be the first to finish high school and get a good job. Instead, Mani Shankar flunked 10th grade twice and joined his brother in the textile factories.

When the two would meet up outside work, they would talk about this year’s crops or their parents. Their father was too frail to do farming and their mother suffered from what the doctors said was tuberculosis. Their father, Shambhu, took out a USD500 loan for his wife’s treatment.

During the lockdown, Mani Shankar and Rekha saw their meager savings dry up. They were unable to buy milk for their three-year-old son, so they borrowed money from friends and their landlord. Finally, Mani Shankar managed to get tickets on one of the special trains organised by the government to bring labourers home.

After Mani Shankar’s death, the family unravelled. Rekha left, her in-laws said. Manoj went back to Surat in November to work at a different textile factory, but this time there was no fixed salary, only a rate per day – and if the factory was closed for repairs, as it often was, that meant no wages. When his mother’s condition worsened, Manoj came home. It was not tuberculosis, but cancer, he said. She died in January.

Manoj wants to return to the factory, where the work is more predictable and less physically demanding than farming. But he cannot leave his father. “It was a terrible year,” Manoj said. “I lost my brother, my mother… and now I am stuck here.”

Uttam Pradhan has worked in Surat since he was a teenager, arriving at the age of 17 from the other side of the country. His home is 700 miles away in a village called Golamundala, not far from India’s eastern coast, an area lush with rice fields but too few jobs. Heading west for work in the textile factories is a well-trodden path, and Pradhan followed in his uncle’s footsteps.

His job working 12-hour shifts at a factory making saris helped him renovate his parents’ home. His next goal was to build a house for his growing family, including his wife and a five-year-old daughter.

The pandemic ended all of that. After three months of lockdown, he and his family left on a 36-hour train ride home. “The factory was shut, everything was shut,” said Pradhan, 32. “If we had stayed on, we would have starved to death.”

In the village, there was rice to eat but no money. His wife was pregnant with their second child, and he wanted to get back to work once he heard that factories had re-opened. Agents were asking for nearly USD50 to book a train ticket – an amount he didn’t have – and he didn’t know how to do it on his own.

Then came a stroke of luck: A non-governmental organisation was giving away tickets on a special train from Odisha to Surat. The goal was to help impoverished workers get back to their jobs. Dubbed the Power Loom Workers Express, it carried 1,300 people, including Pradhan, and pulled into Surat early in the morning on November 27.

The factory Pradhan used to work at had no openings, but he found a new job, albeit earning 25 per cent less than he used to. He is paid USD125 for 15 days of work and uses nearly all of it for expenses and paying off debt. He cannot send money home, the way he did before the lockdown, and he cannot afford to bring his family back.

In January, his wife gave birth to a baby boy whom Pradhan has not met yet. With coronavirus cases rising in India, he fears a repeat of last year’s devastation.

“I pray to God we never have to go through something like that again,” he said. “If there is another lockdown, I can’t say what will happen to us.”