Man with knife hurts woman, child at school in Germany

BERLIN (AP) – A man apparently attacked a woman and a seven-year-old girl with a knife at an elementary school in southwestern Germany yesterday and then fled, police said.

The school in Esslingen, near Stuttgart, was closed for a regional vacation, but some children were being looked after there during the holiday. The girl and the woman, a 61-year-old supervisor, were taken to a hospital with injuries that weren’t considered life-threatening.

Police said in a statement that officers were looking for a suspect, who was described as being in his early 30s. Investigators also are gathering information about the circumstances surrounding the attack, which happened around 8am. 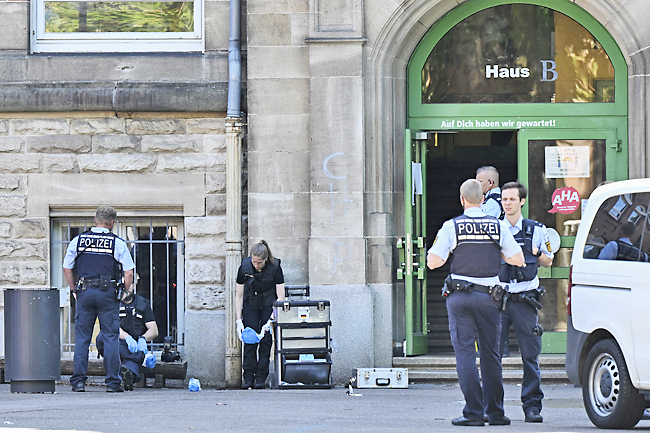