A 30-year-old local man was yesterday handed a six-month jail sentence after pleading guilty to multiple charges of assaulting and hurling threats at his mother and sister over a rancid meal.

The defendant failed to settle the fine.

DPP Rozaimah Abdul Rahman earlier withdrew the charge of mischief, alleging the defendant to have damaged a bedroom door in the family home.

The defendant was discharged from the allegation not amounting to an acquittal.

The prosecution revealed that sometime between 1pm and 3pm on October 30, the defendant had asked his 56-year-old mother for rice while at their RPN Kampong Meragang home. 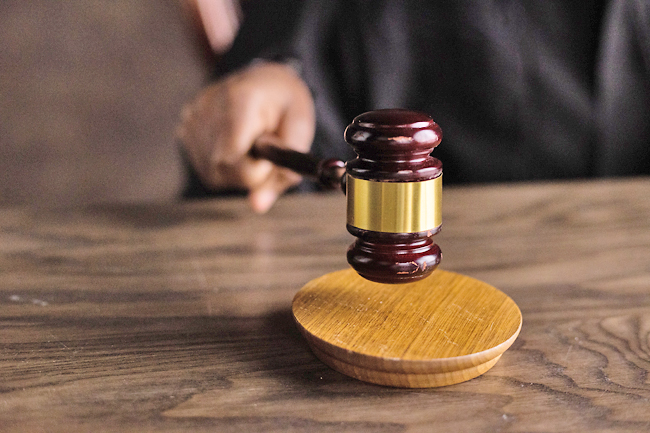 From the upper floor, the mother responded that there was a packet of nasi katok in the kitchen.

Sanj grabbed the meal and headed to the ground floor living room to eat. He soon learnt the rice had gone bad.

Infuriated, he stormed upstairs to confront his mother, who was unaware of the rancid state of the meal. In a rage, he went downstairs and hit a bathroom door.

The mother and sister, 35, came down soon after to find the defendant running amok, damaging kitchen utensils and making a mess. The mother reprimanded the defendant, and this quickly escalated into a three-way quarrel.

After Sanj threatened to hit his mother, his sister contacted the police. The defendant grew livid and hurled a plastic bottle at his sister, hitting her in the abdomen. “Ku bunuh kau karang,” he threatened her.

The defendant then went into the living room and picked up a dismantled car radio, which he would later throw at his mother, hitting her in the back of the head and causing it to bleed and swell.

The mother ran to the staircase to avoid the defendant. Sanj picked up the radio, and again took aim at the pair. The second hurl struck his mother in the leg, causing it to bleed.

The defendant then flung a steel vise clamp at his sister, which she was able to dodge.

The police arrived shortly after and hauled the defendant to the police station for questioning. The paramedics was also reached to treat the injured mother.

Both mother and daughter were ferried to Raja Isteri Pengiran Anak Saleha (RIPAS) Hospital for further medical examination and treatment.

The court also heard that at 6pm on October 16, the defendant had asked his sister if she was cooking. In conversation, the sister questioned the defendant about the cooking sauce mess he had left on the kitchen floor, before telling him to clean it up.

“I know, just let it be,” he shot back, before punching the refrigerator.

Hearing this, another sister stepped in to tell the defendant to be responsible in cleaning up his mess. A quarrel broke out between the pair, now encompassing other issues including vehicle insurance and battery.

Riled up, the defendant slapped his sister across the face just as his father walked into the house.

The defendant was reprimanded for his action and a police report was lodged later that evening, resulting in the defendant’s arrest.