Man arrested after shootout with police

A viral video posted to social media shows police approaching the man as he crawls out from under a vehicle in Dongpaleb Village.

Residents in nearby Houayhong Village suspicious of the situation notified police of the man who had been spotted sitting in his vehicle with firearms in full view.

As police arrived at the scene, the man attempted to flee, opening fire at the police.

However, the man lost control of his vehicle during the exchange and crashed into a fence.

The man was apprehended with police recovering amphetamines, handguns, knives, and valuable items on his person.

No injuries or deaths were reported as a result of the incident, and investigation is ongoing. 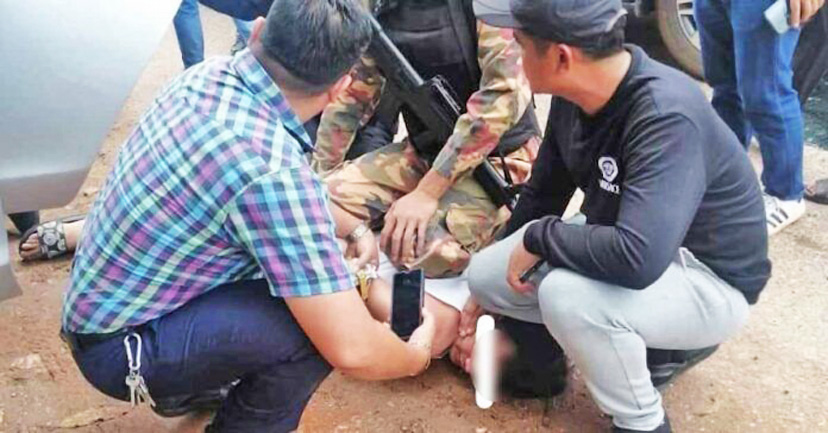