CNA – Malaysia’s newly-appointed Speaker of Parliament Johari Abdul (Bernama, pic below) yesterday confirmed that he has received a letter from Parti Pribumi Bersatu Malaysia (Bersatu) which alleged that four of its former lawmakers had vacated their seats in the state of Sabah.

At the first Parliament session on December 19 and 20, the four were seated with the government bloc under Prime Minister Anwar Ibrahim.

Johari was quoted as saying by The Star that he had received the notice from Bersatu Vice-President Ronald Kiandee on Tuesday, and will look into the matter accordingly.

In his letter to Johari, Kiandee said that Bersatu is seeking to boot the four lawmakers under the anti-hopping law provided under Article 49(A) (3) of the Federal Constitution. 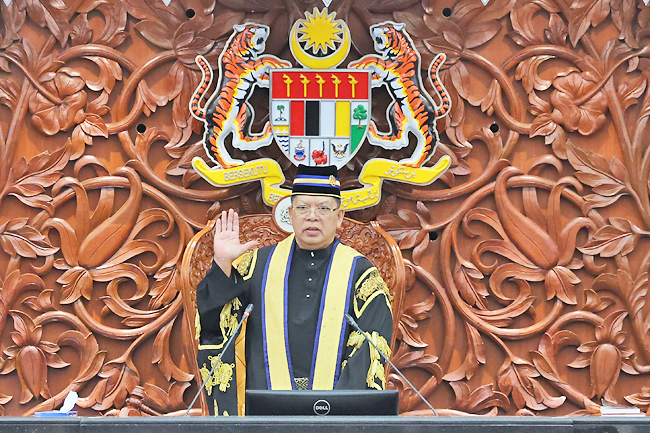 Article 49A states that a member of a political party who was elected to Parliament shall cease to be a member of the House of Representatives and that member’s seat shall become vacant immediately if such a member resigns his or her party membership or ceases to be a member.

Kiandee stressed that the four lawmakers were members of Bersatu when they contested the November 19 general election.

However, the four were part of a group – which includes Sabah’s Chief Minister Hajiji Noor – who quit the party led by Muhyiddin Yassin earlier in December.

Hajiji, in a statement on December 10, said that the party members made the “unanimous decision” to leave Bersatu after they had considered the country’s political landscape as well as the King’s decree for the formation of a unity government under Anwar.

Kiandee, in a Facebook statement yesterday, said that the four lawmakers are no longer Bersatu members, and that they have been notified of that development through a letter dated December 21.

“We have also requested the Speaker of Parliament for this (cessation) to be informed to the Election Commission in 21 days from the date the written notice was received so that the election process can be facilitated to fill the vacancies,” wrote Kiandee.

The vacancies will then have to be filled within 60 days from the date the Election Commission receives the notification from Johari.