Malaysian voter dressed as the Predator turned away from polling centre 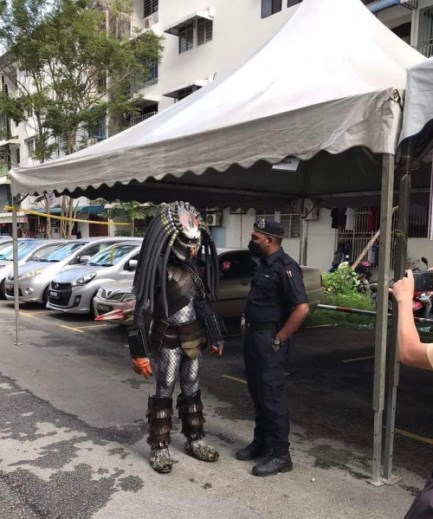 ANN/THE STAR – A voter was barred from casting his ballot at a polling centre in Penang, Malaysia as he refused to remove the mask of his costume.

The mystery voter had turned up at the Desa Intan 7A polling centre in Farlim dressed as the Predator – the alien hunter from the movie, comic book and video game franchise.

The police personnel present told him to go back and change if he wanted to exercise his right as a voter.