Malaysian villagers on edge after landslide near Genting

ANN/THE STRAITS TIMES – The landslide which hit a campsite near Genting Highlands last Friday has raised safety concerns among village heads in the area.

“All the village heads in the district have been informed to be on the lookout so that our residents can be alerted quickly,” said Kampong Hulu Rening head Nazari Karim.

Though the village is located about 20 kilometres from the disaster site, Nazari pointed out that underground water from the hilltop could travel far and impact a wide area.

The village is just beside the Bukit Kutu Forest Reserve and not located beside any hill slope.

Nevertheless, the village management committee (MPKK) has advised those residing near riverways to watch out for floods. The nearest village to the private campsites buried in the landslide is Kampong Genting Malik, about 10 kilometres away.

“For now, the many campsites that have opened in Hulu Tamu and Hulu Rening have ceased operations following orders from the Hulu Selangor Municipal Council,” said village head Mohd Rasif Rawi. 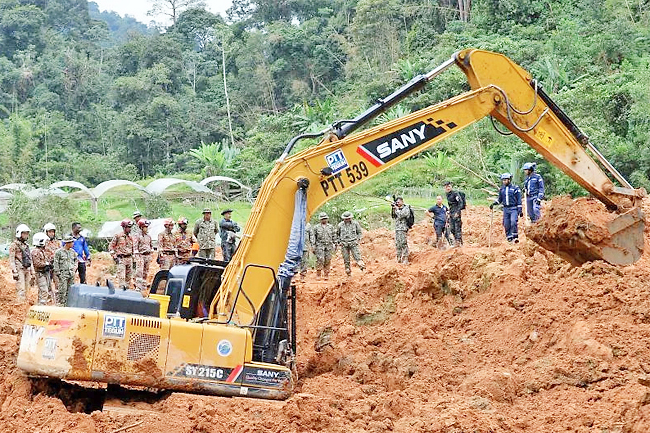