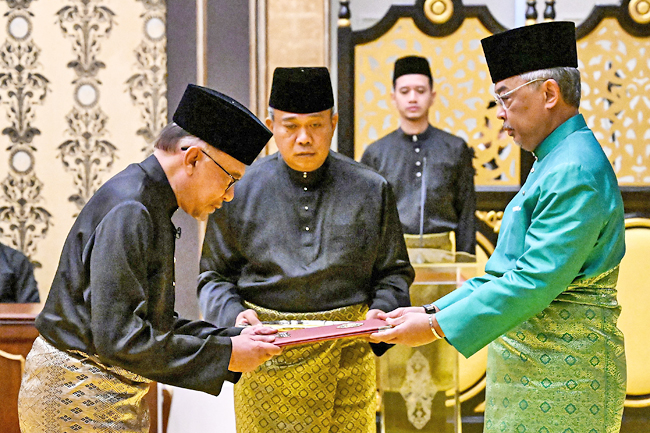 The ceremony at the palace closes the chapter on one of the most dramatic elections in Malaysia’s history, after no party managed to secure a majority to form a Parliament for the first time since independence in 1957.

Anwar’s ascension to the premiership caps a turbulent political life, which has not only propelled him into the corridors of power but also landed him inside a jail cell.