IPOH (BERNAMA) – Malaysian police are conducting an investigation into a viral video footage showing a group of motorcyclists berating a motorist on the emergency lane at KM 370 northbound of the North-South Highway near Sungkai on Friday.

Muallim District Police Chief Superintendent Mohd Hasni Mohd Nasir said a report of the incident has been lodged and investigations found that the Mazda sports utility vehicle (SUV) driver, aged 34, who was travelling from Kuala Lumpur to Ipoh had stopped at the emergency lane because his pregnant wife was feeling nauseous.

“As soon as he was about to continue his journey, a Toyota Alphard MPV suddenly entered the lane causing him to brake suddenly. At that instant, a Yamaha Y15ZR motorcycle which was passing through the lane managed to brake but was hit by another Honda RS150R motorcycle which went on to hit the MPV.

“Soon after that, a Benelli RFS150 motorcycle hit the Honda RS150R motorcycle from behind, and enraged by the collision, the motorcyclists started to vent their anger on the Mazda SUV driver,” he said in a statement yesterday.

“All the motorcyclists involved suffered minor injuries while the vehicles were lightly damaged,” he said while advising the public to stop sharing the video. 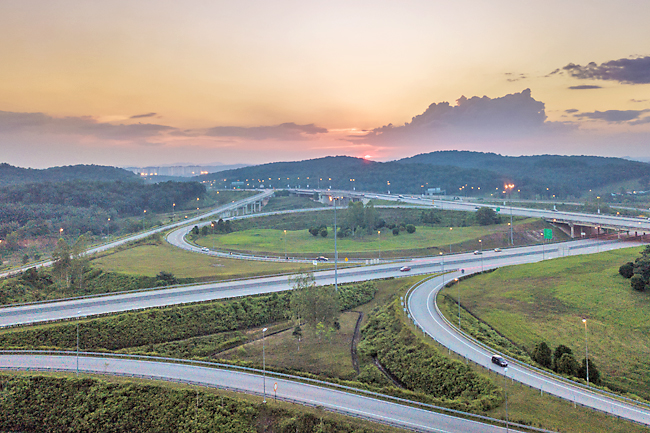