“I have also agreed with the proposal made earlier by the MIC president for MYR2 million for the hardcore poor Indian students to be included in the coming budget.

“There is no need to wait for the budget, because I am announcing today the approval for the MYR2 million,” he said to applause during the launching of Briged MIC Kebangsaan yesterday. Another announcement by the prime minister was that the Malaysian Indian Community Transformation (Mitra) Unit fund is to be placed under the Prime Minister’s Department.

“I also agree that a Mitra Foundation is set up,” the prime minister said. 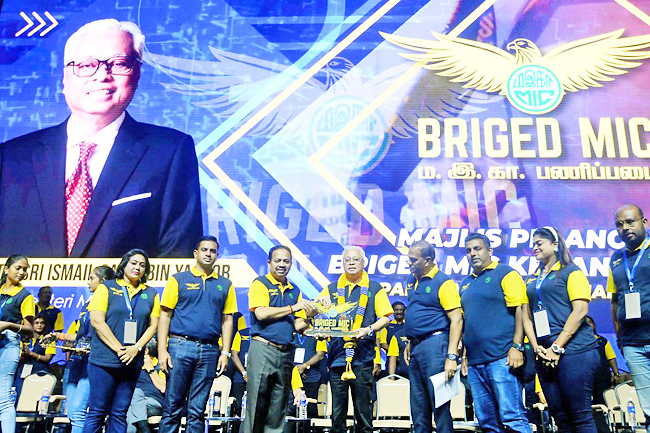