Malaysian paid MYR1,000 as an extra in K-drama, starred next to idol D.O. of EXO

ANN/THE STAR – Naufal Omar, a Malaysian fresh graduate living in South Korea, recently revealed that he was cast as an extra in the K-drama Bad Prosecutor where he starred alongside his idol – D.O. of K-pop boy band EXO.

In an Instagram post on December 29, the 24-year-old from Johor shared that he had finally “unlocked another achievement” after landing a minor role as a salt farmer in Bad Prosecutor.

“To be honest, I didn’t know at first it (the role) was for his (D.O.) drama but as soon as I arrived, he was there and I was stunned,” the Malaysian wrote, adding that he was paid MYR1,000 for the gig.

“I didn’t manage to get pictures with him because I wanted to be professional. As soon as my scene ended, my manager brought me back to Seoul because the shoot was in another city,” he wrote, adding that D.O. was pleasant to everyone on set.

In an interview with mStar, The Star’s Malay language news portal, Naufal shared that the reason he got contacted for this role is because he previously starred as an extra in the 2021 K-drama series, Racket Boys. 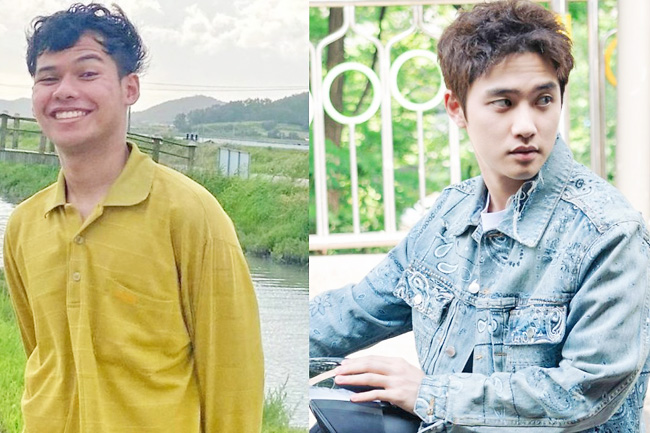 “Since Bad Prosecutor is under the same company as Racket Boys, they called me again to be an extra in this series,” he explained.

Although Naufal was unable to snap a photo with D.O., he did manage to get one with another EXO member, Kai, at a photoshoot session by hello82 – a K-pop channel with over 1.5 million subscribers on YouTube – in December 2021.

Naufal advised everyone to chase after their dreams because no dream is impossible.

“To all the dreamers out there, keep dreaming until you make it. Studying in South Korea has always been a dream of mine since middle school. Many of my classmates teased me because they thought my dream was impossible.

“If you want to study in Korea, do it. Ignore those who bring you down and prove to them that no dream is impossible,” he said.