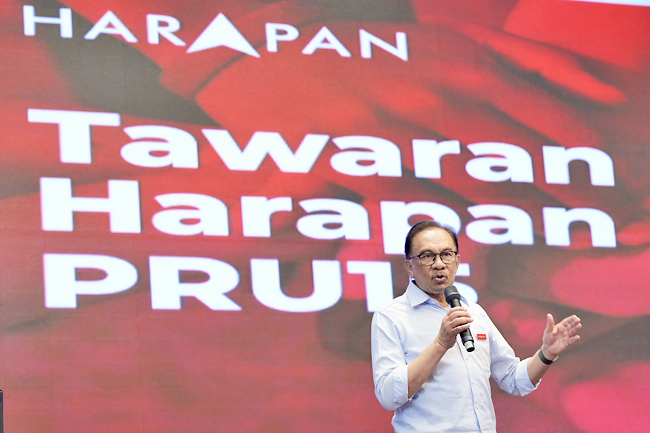 KLANG, MALAYSIA (AP) – Opposition leader Anwar Ibrahim appealed to voters on Wednesday for another surprise victory when Malaysia goes to the polls later this month, as he faces challenges from a resurgence of ethnic Malay support for rival parties.

Anwar’s Pakatan Harapan (PH), or Alliance of Hope, won a stunning victory in 2018 and aims to repeat its success on November 19. The victory was short lived after defections caused the government to collapse in early 2020 and brought back to power the Barisan Nasional coalition led by the United Malays National Organisation (UMNO).

Speaking at the launch of his alliance’s election manifesto, Anwar said PH is more united now after being purged of members who were not committed to its reform agenda.