THE STAR – A 55-year-old man (The Star pic, below) escaped the gallows after the High Court in Muar, Johor, acquitted and discharged him of drug charges from five years ago.

He was charged under Section 12(3) of the Dangerous Drugs Act and Section 39B of the same Act, which carries a death sentence upon conviction.He was arrested on July 16, 2017 at about 8.15pm in a villa at Lorong Haji Kaprawi, Jalan Kluang, Batu Pahat where he was alleged to be involved in the sale of the drugs.

In delivering her judgement, Judge Datuk Halijah Abbas said that the prosecution failed to prove a prima facie case against the accused.

She said there are inconsistencies among the three witnesses of the prosecution on how the drugs appeared in the room at Lorong Haji Kaprawi, Jalan Kluang, Batu Pahat. 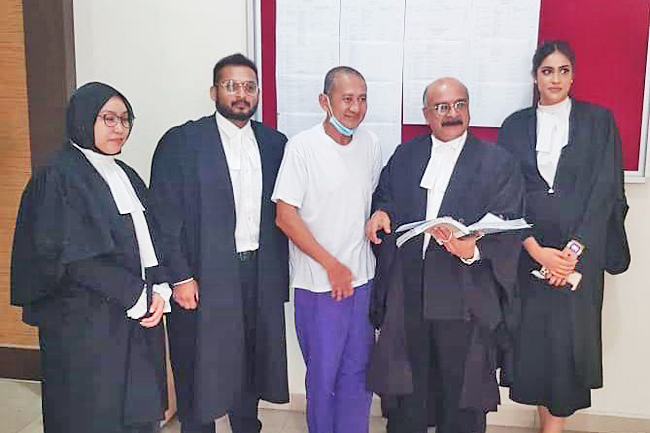