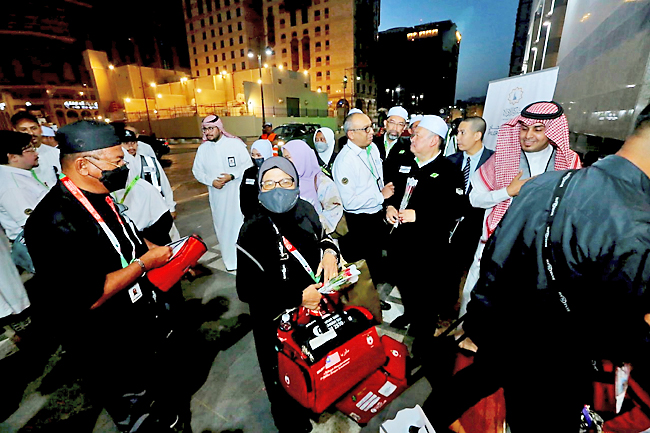 They were then taken to the Anwar Al Madinah Movenpick Hotel located next to the grounds of An Nabawi Mosque where they were greeted by Haj Consul Mohammad Saimi Mat Som, Consul at the Office of Consulate General of Malaysia in Jeddah Farah Syafina Bahari and Head of Chancery Muhammad Hafiz Bahar.