ANN/THE STRAITS TIMES – Malaysia’s anti-graft agency will summon for questioning former premier Muhyiddin Yassin and two ex-Cabinet ministers who served in his administration for the alleged misappropriation of MYR600 billion of public funds for tackling the COVID-19 pandemic.

The other two are former health minister Khairy Jamaluddin and ex-finance minister Zafrul Aziz, who now heads the International Trade and Industry Ministry in the new government, the New Straits Times reported, citing people it did not name. The funds for the pandemic included resources for vaccines, the newspaper added.

The Malaysian Anti-Corruption Commission (MACC) yesterday said it had opened an investigation into the allegations. It made no mention of who it would summon, but said the probe would be conducted in a transparent and professional manner.

“There have been no calls from the MACC yet,” Zafrul told reporters. “If contacted, I will cooperate fully. We have nothing to hide.”

Aides to Muhyiddin and Khairy, as well as anti-graft agency officials didn’t immediately respond to requests for comments.

News of the probe comes as Prime Minister Anwar Ibrahim is reviewing projects and plans approved by past administrations in a bid to burnish his credentials as a reformist and fulfil his alliance’s election manifesto promises to fight corruption.

Anwar himself has been criticised for picking Zahid Hamidi, head of the former ruling Barisan Nasional (BN) coalition who faces graft charges, as one of his deputies. 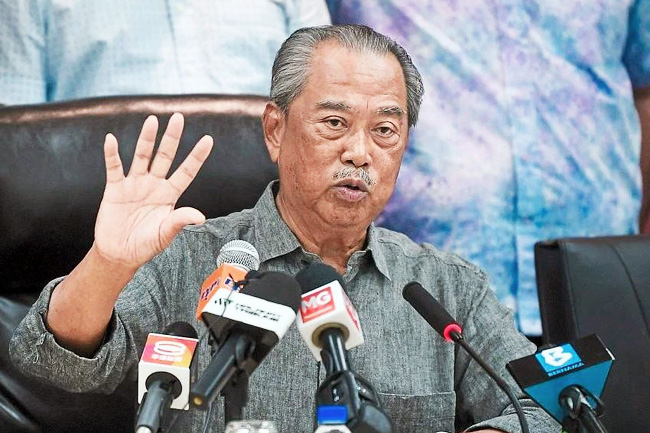