KUALA LUMPUR (CNA) – The deputy speaker of Malaysia’s Lower House of Parliament Mohd Rashid Hasnon apologised yesterday for causing confusion over a viral video showing him attending an event in his constituency in Batu Pahat, Johor.

His apology came after he initially stated that the video was old footage taken during an event that was held last year before the movement control order (MCO) was imposed.

Under Malaysia’s current MCO measures aimed at curbing the spread of COVID-19, no gatherings are allowed. Since the video went viral, the Batu Pahat police confirmed on Tuesday that an investigation has started on Mohd Rashid, who is also an MP for the area.

The police said that they would call up Mohd Rashid and others in the video to assist in investigations, reported the Malay Mail.

The 14-second video and several pictures that went viral since Tuesday showed Mohd Rashid with a large group of people attending a durian feast at a durian farm in Batu Pahat. The event was said to have taken place on June 27. 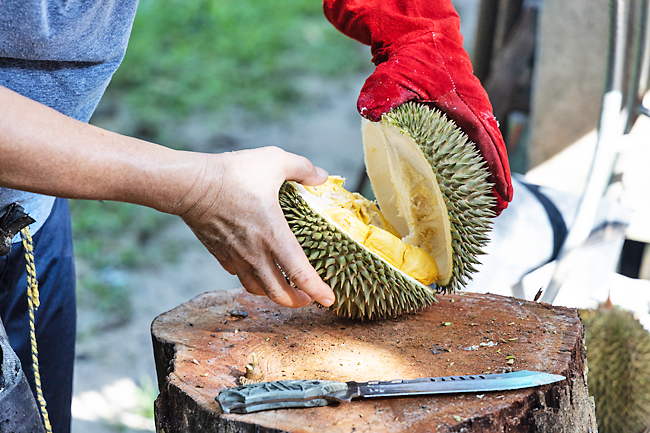 In his response to the media on Tuesday, Mohd Rashid was reported as saying by Malaysiakini that the event shown in the video was actually held last year before the MCO was imposed. He refuted claims that he had violated the standard operating procedures (SOP) barring any gathering or event.

However, in his statement issued yesterday, Mohd Rashid clarified that his earlier denial was made without him actually viewing the video from the beginning.

After having the time to look at it more closely, he said the viral video was shot during a visit to a durian farm to listen to the complaints from durian small farmers who are affected by the MCO.

“It so happened that on that day there was a working visit by minister Zuraidah Kamaruddin to the area. We thought that it was appropriate to present to the minister’s entourage a gift of durians to bring home,” according to Mohd Rashid’s statement.

After the housing minister’s visit, the deputy speaker said he was then invited to a durian farm to listen to the problems raised by the farmers and to discuss what are the next steps to be taken.

At the farm, he was also invited to taste a sample of durians while discussing with the smallholders regarding the type of assistance that can be given to them, according to the statement. “I offer my apologies over the confusion arising from the media who contacted me asking about the video of me at the farm and I had responded to the query without actually viewing it from the beginning.”