ANN/THE STRAITS TIMES – Malaysian authorities have rescued 15 victims of suspected cybercrime rackets in Cambodia, its Foreign Ministry said, as the government steps up efforts to help hundreds of its citizens trapped by similar operations across Southeast Asia.

The rescue of the victims, who arrived in Kuala Lumpur on Tuesday, comes amid raids across Cambodia this week on cybercrime compounds suspected of trafficking people into the country to work in illegal gambling and scam call centres.

In a statement late on Wednesday, Malaysia’s Foreign Ministry said it had received 301 reports of people trapped by the job scam networks in Cambodia, as well as in Laos, Myanmar, and Thailand.

Of these, 168 people have been rescued, 34 were being held in immigration detention and 99 more were still being traced, it said.

Victims of the rackets say they are lured into Cambodia by promises of high-paying jobs at casinos and hotels but were instead forced to live in compounds and defraud online users with Internet romances and cryptocurrency schemes.

Cambodian authorities have said they had found evidence of illegal gambling, illegal confinement and torture, prostitution, illegal weapons possession, money laundering, and human trafficking at one of the compounds. 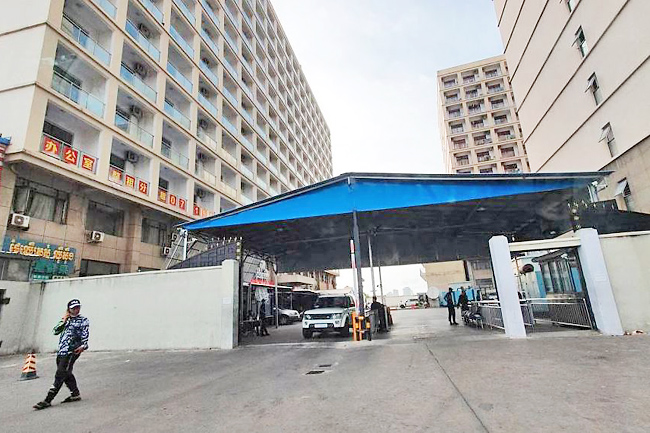