Playing overseas may be seen as a dream for some footballers, especially if there is an opportunity to play for a club they idolise. The chances of being snapped by an overseas club may be greater if they are scouted and have produced stellar performances during away matches.

Brunei Darussalam’s forward Adi Said made history in 2019 when he became the first Bruneian to play for a foreign club in an overseas league, featuring for UiTM FC in the Malaysia Premier League. He made an immediate impact with two goals during his debut in a 3-1 win against PDRM FA.

Despite failing to find the net since, the local star helped his team with several assists and complemented the team’s attack, especially in supplying crosses from the flanks and set-piece plays.

His journey to Malaysian football ensued after an impressive campaign in the Singapore Premier League with DPMM FC in the 2018 season under the guidance of the late Rene Weber.

Adi enjoyed arguably his finest season in the DPMM FC colours after posting double digits in goals and assists to help the Gegar Gegar men to a third place finish. 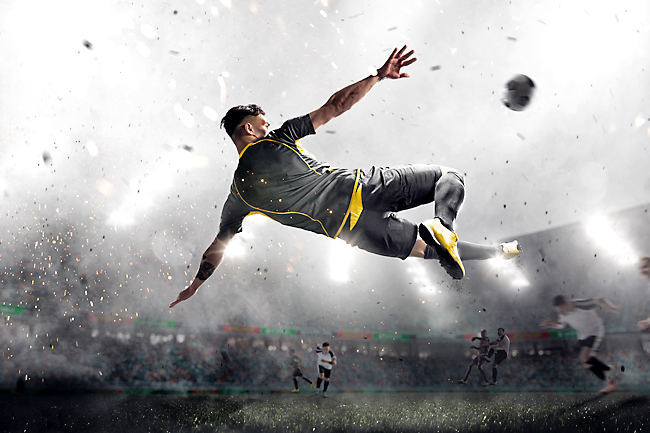 A series of excellent displays led to a trial for UiTM FC where he scored a hat-trick in a friendly match, and led him to sign a one-year contract with the Malaysian side.

Adi’s national teammate Faiq Jefri Bolkiah is another player who has experience in
playing overseas.

The forward spent his youth career with three English clubs namely Southampton, Arsenal and Chelsea, before signing his first professional contract with Leicester City in 2016.

He made several appearances for the Foxes’ under-23 side in the UEFA Youth League, but did not register a single appearance for the first team.

After a four-year stint with the 2016 English Premier League champions, Faiq signed a contract with Maritimo in the Primeira Liga, the Portuguese top flight last year.

The Brunei international was handed the number 14 jersey as he waits to make his first appearance for the senior team, which will make him the first Bruneian to play in Europe.

Meanwhile in futsal, Brunei Darussalam’s under-19 player Mohammad Radhi bin Raduan made headlines after becoming the first Bruneian to play in an overseas league in the Malaysia Premier Futsal League. He moved to Sarawak United from Almerez Futsal Academy after impressing his employers in the trials, having initially been shortlisted alongside two other local candidates.

Radhi also nearly registered his first assist in his only appearance for the team after setting up Fitri Zoll but his teammate dragged his shot wide. The league has since been withdrawn due to the coronavirus pandemic.

Local players can still realise their ambition of playing in a foreign league while being based in Brunei when they play for DPMM FC, who compete in the Singapore Premier League.

Several players from the Brunei Super League who had taken the challenge to play in a foreign league have enjoyed success.

DPMM FC forward Azwan Ali can be considered as the most successful product who came out of the Brunei’s top-tier league. He has played against and created problems for some of the best Singapore’s and foreign defenders in the league for many seasons.

His displays were noticed when he was crowned the league’s Young Player of the Year in 2015 during his side’s maiden S League triumph.

Abdul Azizi, who started a modest playing career in Brunei, also showed that there is no shortage of Bruneian talent in an overseas league after scoring a hat-trick in a 3-1 win against Hougang United.