“Parasite” took Hollywood’s top prize on Sunday night, along with awards for best director, best international film and best screenplay. In a year dominated by period epics — “1917,” “Once Upon a Time … In Hollywood,” “The Irishman” — the film academy instead went overseas, to South Korea, to reward a contemporary and unsettling portrait of social inequality in “Parasite.”

True to its name, “Parasite” simply got under the skin of Oscar voters, attaching itself to the American awards season and, ultimately, to history. The win was a watershed moment for the Academy Awards, which has long been content to relegate international films to their own category. But in recent years, to diversify its membership, the Academy of Motion Pictures Arts and Sciences has invited many more overseas voters.

The victory for “Parasite” — which had echoes of the surprise win by “Moonlight” over “La La Land” three years ago — came in a year when many criticised the lack of diversity in the nominees and the absence of female filmmakers. But the triumph for “Parasite,” the Palme d’Or-winner at last year’s Cannes Film Festival, enabled Hollywood to flip the script and signal progress, nevertheless. No Korean film had ever won an Oscar before.

More news on the Oscars on Tuesday’s Borneo Bulletin 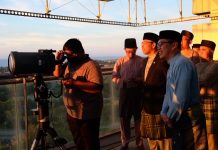 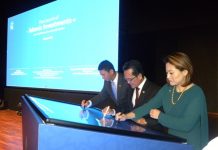 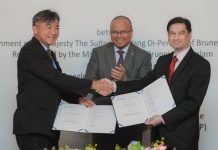