Local band Not Famous is back after a long hiatus with their Lockdown music video, available for viewing on YouTube.

The band first started out as a three-piece punk band comprising Adam on guitar, Asa on bass and Paul on drums.

They launched their first self-titled 10-song album back in 2005, making them the second local band to have done an official launch at The Mall, Gadong.

Prior to the album launch, the band played cover songs in a family band called Blind. Those early years saw them play in dozens of shows, with the most notable being sharing the stage with Malaysian artiste Radhi OAG during their debut as Not Famous.

The band also played at a charity gig in Kuala Lumpur, Malaysia in the mid-2005, and won three Battle of The Bands in their prime. 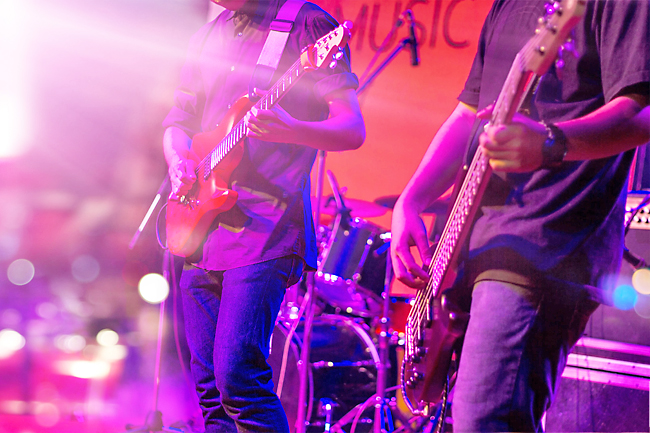 Since then, the members had gone in different directions, venturing into projects with other bands or forming new bands as a hiatus from Not Famous.

“The idea of a Lockdown music video came a while back, but it was a simple way of promoting the first single,” said Spawai. “It was only recently when I thought of pushing everyone to do it by jamming to the song in their own home during this second wave.”

He added that Paul came up with the idea of including his gaming friends to hold up signs, which subsequently led Spawai to include children and family members as well, and later made it official, along with public participation.

“The goal was to get as many people as we could to support the project, as the lyrics of the song were pretty much describing our current situation,” said Adam.

Asa added that the song was produced to motivate, inspire and give hopes to people in their everyday lives.

Each member was tasked to record themselves jamming to the song, with the footage emailed to Adam for post-production for the video.

“It did not take long to gather all the videos from everyone, including the public; we received them within three days,” said Spawai. “The final video was then launched the following day on YouTube and it surprised us that the video hit over 1,000 views within 24 hours.”

The band said many people have been supportive by sharing the link to the video, on social media.

“The message is pretty much self-explanatory – be patient, stay at home and stay safe, as well as follow the directives set by the Ministry of Health by wearing masks and sanitising our hands,” said Asa.

“We beat the first wave by following the rules. By spreading a positive message, we can do it again,” Asa added.