The event was the first project held after the British LSCS resumed its operation following a shutdown during the COVID-19 outbreak last year. The project raised funds by selling donated items including toys, clothes and household items.

According to Major Dr Ed Mughaisib, “In this humble little shop, we raised funds that will undoubtedly make a big difference in supporting the RBAF charity fund’s positive efforts and extend their reach to the local community.

“The shop always welcomes donations from the community,” he said, adding that “the LSCS relies solely on public donations. 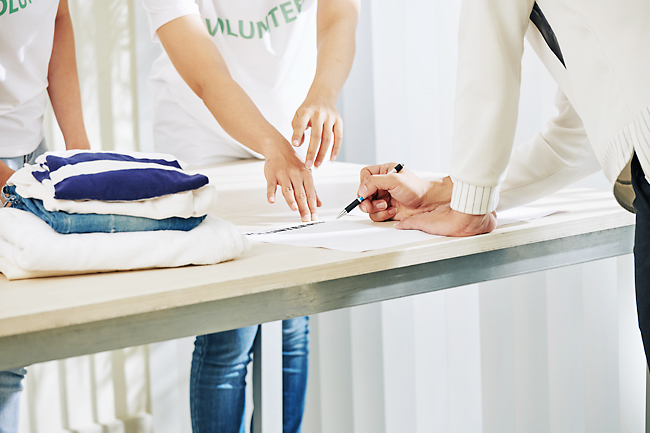 The LSCS serves as a small charitable medium that sells clothes and toys household items to the wider community and is managed by spouses of the United Kingdom (UK) Military Loan Service personnel who volunteer to ensure the shop runs well.

Here, the British LSCS has committed most of its fundraising efforts this quarter to help the RBAF Charity Fund benefitting orphans, veterans and families with financial difficulties.

It is also committed to ensure the smooth-running of every charitable project that they work on.

“We were humbled by the number of donations from many British Loan Service Community members and the wider expat community,” said Major Dr Ed Mughaisib.

“We hope that more people donate to our shop, which will enable us to further contribute to the wider community. The project will focus on supporting people requiring special care or with disabilities, minority groups, local schools, animal welfare, and wildlife conservation,” he added.