Make way for the medallists

The move towards the Endemic Phase aligned with substantial easing of COVID-19 measures and restrictions globally has brought relief and recovery to a wealth of communities in Brunei Darussalam and the sporting community is no exception.

The country has welcomed the resumption of domestic and international sport competitions, following the re-opening of borders, while the return of spectators has helped create the lively atmosphere commonly seen in matches.

Ever since the threat of COVID-19 concerns eased in the first half of 2022, a slew of activities were reintroduced by various sports associations to kick start the sporting scene at domestic level, leading to the emergence of fresh new talents.

The second half of the year in sports drew promise as athletes resumed international competitions following a lengthy absence due to the effects of the pandemic. 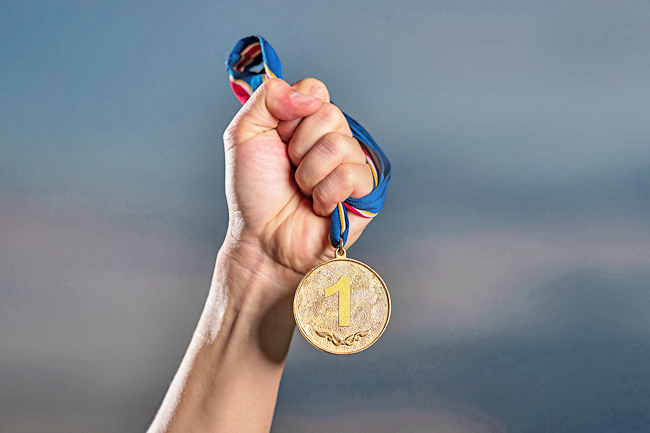 The revival of sports in the country saw the emergence of new talents reflected through the achievements of pencak silat athlete Md Ali Saifullah Abdullah bin Md Suhaimi, who had already attained bronze in two separate major competitions during his brief career.

Placed fourth as a novice in the Brunei Darussalam National Games (SKBD), he made his breakthrough in the regional scene during his maiden appearance in the SEA Games.

The Malaysian Games (Sukma) has been traditionally known for unleashing Brunei Darussalam’s potential of producing podium finishers and medallists, as was proven with the success of wushu exponent Mohammad Adi Salihin bin Roslan in Perak in 2018.

Mohammad Adi Salihin bagged silver in the men’s nanquan event that year and went on to make strides in his career when he struck consecutive gold medals in the SEA Games in 2019 and 2022.

The Sultanate won its first medal in swimming at the Sukma when national swimmer Joel Ling Thai Yu bagged silver in the men’s 200 metres backstroke LC (Long Course) final with a time of 2:12.91s.

Joel Ling, who has been with the national junior team, marks a bright future for the sport as the country seeks to produce more competitive swimmers in the regional and international arena. His accomplishment has also proved the fine coaching and work that national head coach Wu Na has undertaken in building on the strengths of the national swimmers.

The country’s latest pencak silat product won back-to-back matches in the knock-out phase to reach the semi-finals, ensuring a podium finish. Like many others before him who finished in the podium in Sukma, Md Izzamuddin’s success could put him in contention for selection in the SEA Games next year in Cambodia.

Brunei has also consistently produced medallists in karate over the years especially the SEA Games, and the recent edition of the Sukma unearthed a new star.

The successes of the combat and aquatics sports boosted selection prospects in next year’s SEA Games as well as other major competitions overseas.