THE WASHINGTON POST – One of the big misconceptions of our year of pandemic cooking has been the idea that those of us working from home would have more time and flexibility to babysit our sourdough, our braises, our soups and stews.

On the weekends, maybe – but only for those of us without young children underfoot. During the week, in between Zoom meetings? Sure, I can preheat my oven or put a pot on to simmer, but that’s about the extent of any advantage.

Perhaps the biggest change has been at lunchtime. I rarely, if ever, cooked for desk lunches. When I was on top of my meal planning, I might earmark leftovers to take to work, but more often than not, the question I asked by about noon every weekday was: Where am I getting takeout?

I wasn’t alone: More people purchased lunch out of the house than any other meal in 2018, according to the United States (US) Bureau of Labour Statistics. We won’t know how 2020 fared in this survey for another couple of years, but it seems obvious that one of the biggest changes in home cooking has revolved around lunch.

Now that I’m cooking lunch or eating leftovers almost seven days a week, I’ve been looking for strategies to help me pull something together for my husband and me that’s quick, satisfying, plus relatively light and healthy. In the summer and much of the fall, it was big salads from our backyard garden. Then as the greens started to fade, I looked to my Instant Pot and started making soups at least a couple times a week. 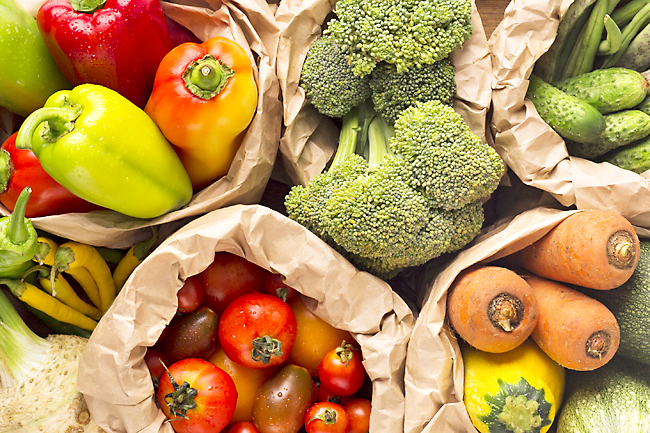 In my lunch rush, I’ve rarely made time for an actual recipe. Instead, I turn to whatever raw vegetable I have around, which this time of year includes cauliflower, broccoli, Brussels sprouts, carrots, beets, winter squash and potatoes (white and sweet).

My add-ins varied at first, but I soon settled on a formula, using coconut milk and water, plus a little lime juice, garlic, onion and ginger.

About 20 minutes later (10 minutes for the pot to come to pressure and another 10 to cook), I blend the contents into a rich, aromatic puree and start scouring for garnishes.

As I’ve written before, even when pureed soups are as full of flavour as these, they need generous garnishes or they get tiresome to eat.

So I chop up leftover roasted vegetables (or meat for my husband) and pile on herbs, nuts, maybe some canned or precooked beans, a drizzle of more coconut milk or yoghurt. If I have a baguette getting stale, I saw off chunks into irregular croutons.

Or if I’m thinking ahead, I use some of the base vegetable – grating some raw carrot or beet before putting the rest in the pot for the soup, for instance, or thinly slicing carrot tops or beet greens. I roast the seeds I pull out of a butternut or acorn squash, turning them crispy and browned in about the time it takes the soup to cook.

My Instant Pot soup strategy – which I hope might become yours, too – lets me cook fairly mindlessly, as the formula is so easy to remember, while the varying vegetables and garnishes keep the soups interesting. Plus, I make enough to bank one or two meals for the fridge or freezer.

At lunch, with the clock counting down and work tasks mounting during my break, a quick path to a hot bowl of soup, whether it’s left over or not, is a blessing.

Think of this as your flexible soup-season template: In about a half-hour of mostly hands-off time, you have a bright, velvety pureed soup using most any firm vegetable (or combination) you can think of, along with coconut milk for a touch of richness.

While the Instant Pot is doing its thing, you can put together a quick garnish.

This recipe was tested using a six-quart Instant Pot; the volume and amount of liquid are enough for it to work in an eight-quart model, but you’ll want to halve it for a three-quart model.

Storage Notes: The soup can be refrigerated for up to one week and frozen for up to six months. Thaw and reheat gently on the stove top.

One can coconut milk

One and a half cups water

One tablespoon fresh lime juice, plus more to taste

One teaspoon fine sea salt, plus more to taste

Select PRESSURE (HIGH) and set to 10 minutes. (It takes about 10 minutes for the appliance to come to pressure before cooking begins.)

Release the pressure manually by moving the pressure-release handle to “Venting,” covering your hand with a towel or hot pad. Never put your hands or face near the vent when it’s releasing steam.

Use an immersion (stick) blender to puree the soup until smooth. (Alternately, you can puree the soup in batches in a blender: To prevent splatters, be careful to not fill it more than halfway, remove the centre ring from the lid, and hold a kitchen towel over the lid as you blend.) Reheat if needed by returning the soup to the Instant Pot and heating on SAUTE. Taste, and add more salt and/or lime juice if needed.

Divide the soup among serving bowls, add about 1/3 cup garnishes of your choice to each bowl, grind black pepper on top and serve hot.

NOTE: Here are some possibilities for vegetables and garnishes that work well with them:

Half pound celery root, peeled and cut into one-inch chunks

One and a quarter pound head broccoli, trimmed and cut into one-inch chunks

One and a quarter pounds beets, scrubbed but not peeled, and cut into half-inch chunks

12 ounces carrots, scrubbed but not peeled, and cut into half-inch chunks