The earthquake occurred at 5.15am, it said.

Myanmar’s Meteorology and Hydrology Department said the earthquake struck the area eight kilometres northeast of Thantlang town of Chin state, at a depth of 46 kilometres.

India’s NCS said tremors were felt across India’s northeastern part including the Tripura, Manipur, Mizoram, Assam states and even Kolkata, the state capital of West Bengal.

Many people who felt the jolts reported the tremors on the social media platforms. “I felt it strongly in Kolkata,” wrote Shradha Kushal Ganguly from Kolkata.

There were also reports of a second earthquake measuring 2.9 on the Richter scale at 5.53am local time, the NCS said.

There were no immediate reports of casualties in the earthquake on both sides of India and Myanmar.

Meanwhile, Myanmar reported 493 new Covid-19 cases with daily positivity rate of 2.1 per cent in the past 24 hours, according to the Ministry of Health on Friday.

The number of total Covid-19 infections has risen to 520,706 on Friday, the ministry said.

Nine new deaths were reported in the past 24 hours, bringing the death toll to 19,067.

According to the ministry, the daily positivity rate of Covid-19 has been recorded under three per cent for nine consecutive days.

A total of 494,748 patients have been discharged from hospitals after full recovery as of Friday. 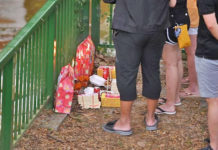 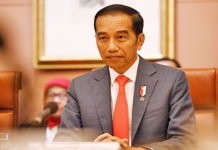 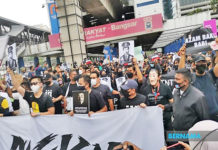