PARIS (AFP) – Lyon halted a run of four successive defeats but could only draw 1-1 at home to promoted Toulouse in Friday’s only Ligue 1 fixture.

Brazilian loanee Tete gave Lyon the lead after just one minute but although the home side pressed hard for a second, the celebrations were cut short by a 71st minute leveller from substitute Rafael Ratao.

Having missed out on Europe for the second time in three years, Lyon burst out of the blocks this season with 13 points from a possible 15 to fuel hopes of a return to the Champions League.

But losses to Lorient, Monaco, Paris Saint-Germain (PSG) and Lens saw Peter Bosz’s side drop to seventh, with the pressure on the Dutchman rising as United States (US) businessman John Textor prepares to officially complete his purchase of the club.

Bosz was boosted against Toulouse by the return from injury of Moussa Dembele, Corentin Tolisso, Castello Lukeba and Malo Gusto and they hit the ground running with the best possible start.

A lovely one-touch move in the opening minute saw Alexandre Lacazette thread the ball to Brazilian forward Tete, who joined the club at the end of March on loan from Ukrainian side Shakhtar Donetsk.

His shot took a big deflection off Kevin Keben and speared into the Toulouse goal – the 22-year-old’s fifth goal in 10 Ligue 1 games this season.

Toulouse began to create chances with Dutchman Stijn Spierings clattering a shot from outside the penalty area against the crossbar two minutes before halftime. 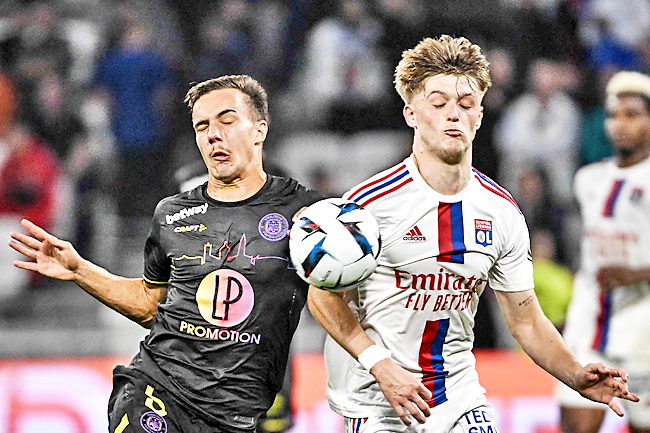