NAPLES, FLORIDA (AP) – Lydia Ko (AP, pic below) began her quest for the largest prize in women’s golf history by hitting a tree and making bogey on a par-five. The rest of Thursday in the CME Group Tour Championship couldn’t have gone better.

Ko responded with eight birdies, including four in a row, at Tiburon Golf Club, that sent her to a seven-under 65 and a one-shot lead in the LPGA Tour season finale.

So much is at stake this week, even beyond the USD2 million prize to the winner.

Ko has a one-point lead in the race for LPGA Tour player of the year. She would appear to be a lock to win the Vare Trophy for the lowest scoring average. Both are worth a point in her bid to qualify for the LPGA Hall of Fame.

“If I’m holding the trophy, holding all the trophies or no trophy… I just want to have a good week,” Ko said. “These opportunities don’t come along very often. I want to try to grab it when it’s there.”

It’s all right in front of Ko, who has two wins in what she considers her most consistent year on the LPGA Tour. 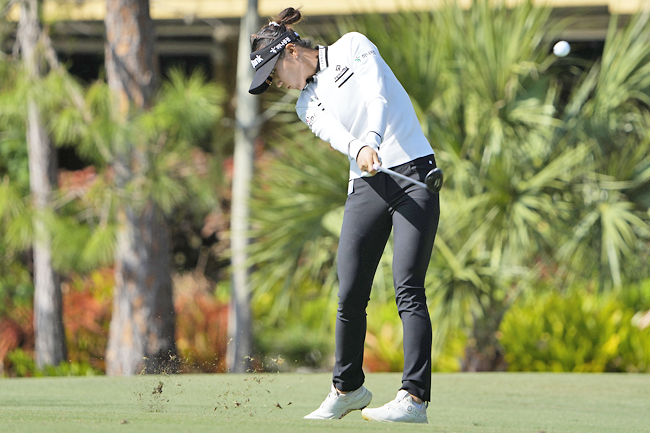