Lunchboxes for kids help Malaysian parents save on daily expenses

ANN/THE STAR – With rising food costs, parents with schoolgoing children claim to notice smaller portions of food being sold at school canteens despite some of the operators having raised their prices.

Many parents have now made it a priority to prepare homemade food for their children to bring to school to provide them enough nutrition, as well as to save on daily expenses.

Engineering site manager Muhamad Hanif Abd Wahab has two sons in primary school and said both of them bring packed food prepared by their mother.

“My sons will get MYR4 each as pocket money. We have noticed that the school canteen food is now more expensive. Nasi lemak, for example, is priced at MYR3 compared to MYR2 before.

“We would expect a bigger portion but it is getting smaller instead,” said the 35-year-old.

Human resource manager Masrah Marsinda, 35, said food sold at her son’s school canteen in Rawang were all priced at MYR1 each but the quantity was inadequate. 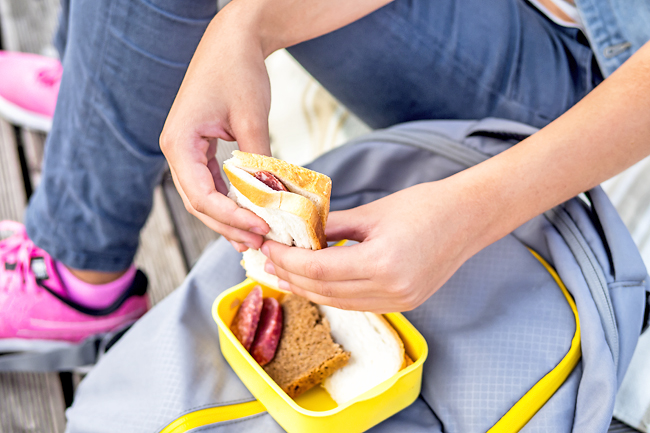 “Food like nasi lemak, pizza bread or keropok lekor are priced at MYR1 each but the portion is too small, so they have to buy more than one item,” she said.

Masrah added that she would pack food for her son to bring to school, which usually consists of rice and chicken.

“It’s the only way we can save on daily expenses for food and make sure he gets enough nutrition. We give him MYR10 as pocket money per week and only add on to that amount if he needs it,” she said.

“After school started operating like normal last year, a pack of chocolate drink increased to MYR5 from MYR3.

“We told him to stop buying because it is too expensive,” she said.

The 37-year-old mother of three said her son was given MYR5 pocket money daily.

“Sometimes, he’ll bring a bun or some snacks from home but occasionally, he will buy mee goreng or other food at the canteen, which costs about MYR2 to MYR3.

“We try to provide some packed food so that he does not have to spend so much money at the canteen,” she said.

Personal driver Mohd Khairie Edy said the prices of food at his daughters’ schools were still reasonable as most items were priced at MYR1 each.

“However, the canteen also sells unhealthy snacks and we cannot monitor their spending on such items.

“The price of dishes also depends on the type, which can range between MYR2 and MYR5,” said the 39-year-old from Shah Alam.