Lula has 52 per cent voter support to 48 per cent for Bolsonaro, according to the poll from the Datafolha institute – down from a six-point gap (53 to 47 per cent) on Thursday.

The margin of error for the poll, which was based on interviews with 8,308 people on Friday and Saturday, was plus or minus two percentage points.

According to Datafolha, only half of those polled watched an insult-filled final debate between the rivals on Friday night, 19 per cent of them until the end. 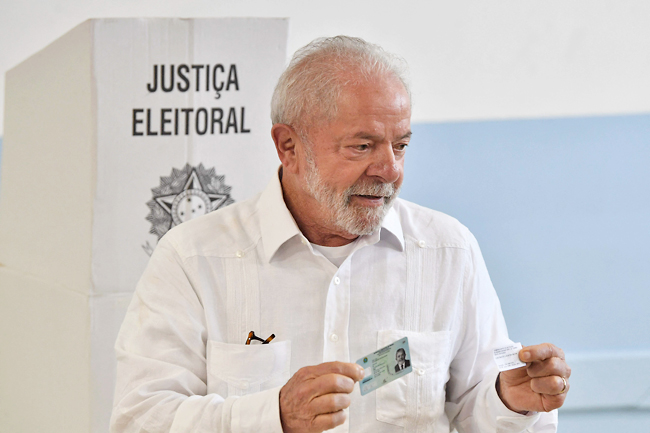 Lula, the charismatic but tarnished ex-president who led Brazil from 2003 to 2010, won the first round of the election on October 2 with 48 per cent of the vote, to 43 per cent for former army captain Bolsonaro.

Bolsonaro and his allies have attacked polling firms, accusing them of bias. He outperformed pollsters’ expectations in the first round, triumphantly boasting afterward: “We beat the lie.”