LONDON (AP) — Romelu Lukaku (AP; pic below) held onto the corner flag with the left hand and spread out his right arm to the acclaim of the Chelsea fans.

Lukaku marked the first home match of his second spell at Chelsea with two goals in a 3-0 win over Aston Villa in the English Premier League on Saturday.

They were the Belgium striker’s first goals at Chelsea’s stadium, having failed to score there in his first stint at the London club — from 2011-14 — or in visits to Stamford Bridge while playing for Everton or Manchester United.

It’s hard to imagine there will not be lots more for Lukaku, who has three goals in three games already this season after scoring on his second debut against Arsenal.Mateo Kovacic scored the other goal for Chelsea, but the third win of the league season for Thomas Tuchel’s team was all about Lukaku’s homecoming.

He opened the scoring by running onto Kovacic’s brilliant curling pass behind the Villa defense, cutting inside from the left, and drilling a low right-footed shot past backup Villa goalkeeper Jed Steer.

Kovacic pounced on an under-hit back pass by Tyrone Mings to finish confidently for 2-0 in the 49th minute. Lukaku added his second goal in the third minute of stoppage time, controlling a pass from Cesar Azpilicueta on the edge of the penalty area and lashing a rising shot high into the net.

Lukaku ran to the corner flag to lap up the applause of the home supporters. He left Chelsea in 2014 without scoring for the team in 15 games, including eight games at Stamford Bridge. 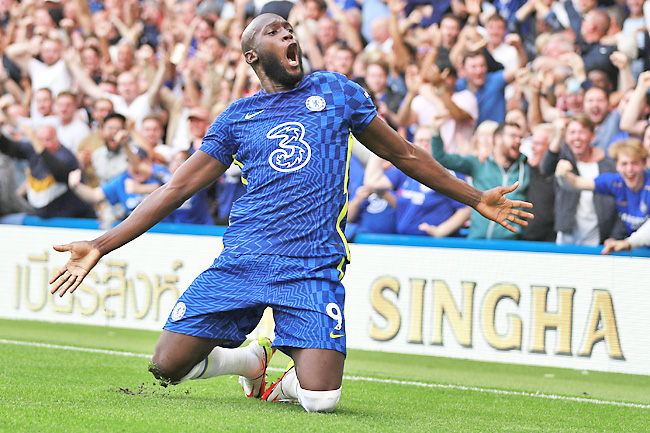