CORNVILLE, ARIZONA (AP) – Strips of fabric rain like multicoloured ticker tape from a tree, remnants of a child’s favourite shirt or sock or pillowcase. Little medallions stamped with the names of the dead twinkle in the breeze. In a grotto, the brokenhearted have clipped prayer cards to branches, left objects including a baseball and a toy truck, and painted dozens of stones memorializing someone gone too soon.

Mourning people from around the globe have made this patch of farmland a capital of grief.

The world turned away from stories like theirs because it’s too hard to imagine burying a child. But here, the names of the dead can be spoken and the pain of loss can be shown.

No one turns away.

“Their grief can be seen and heard and held,” said Joanne Cacciatore, whose baby died during delivery in 1994, spurring a search for answers that led to the creation of Selah Carefarm, just outside the red rocks of Sedona. “No one’s trying to change their feelings.”

Cacciatore was a mother of three in a customer service job when her daughter Cheyenne died. Long after she closed the lid to the tiny pink casket, the grief consumed her.

She would sob for hours and withered to 90 pounds. She didn’t want to live. 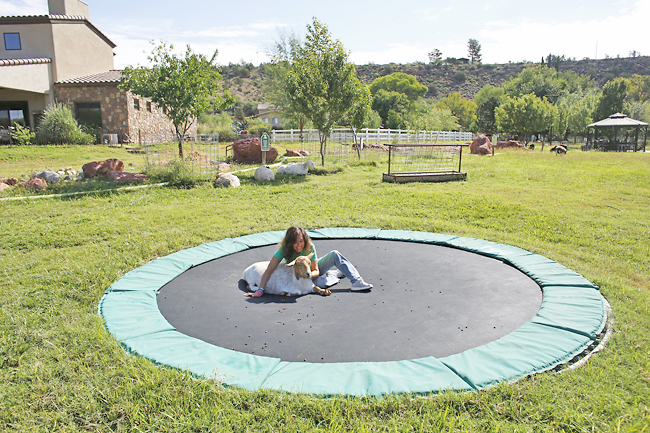 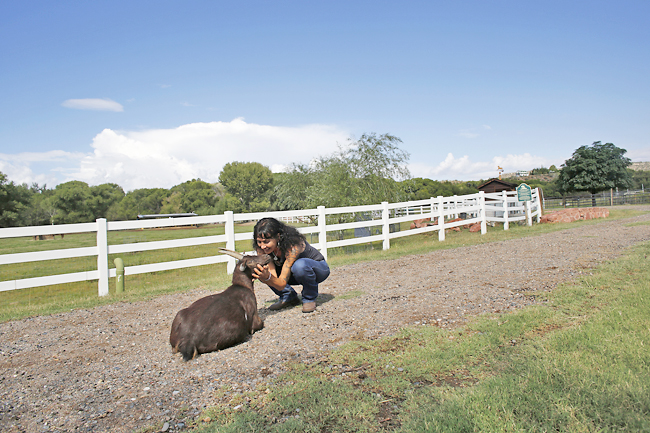 “Every cell in my body aches,” she wrote in her journal at the time.

“Smiling hurts now. Most everything hurts some days, even breathing.”

Cacciatore was consumed with understanding the abyss of heartache she inhabited. But counselling and bereavement groups were as disappointing as the body of research she found on traumatic loss.

So she set out on twin paths for answers: enrolling in college for the first time, focussing her studies on grief, and starting a support group and foundation for others like her.

Today, Cacciatore is a professor at Arizona State University and a counsellor with a devoted following. Her paths have converged on the farm, intertwining academic research with tender support.

As plans for the farm took shape before its opening five years ago, Cacciatore was reminded of the depths of her grief, when her two dogs remained by her side even when her pain was too much for many friends. She decided to fill Selah with animals, many of them rescued from abuse and neglect.

Across the farm, stories repeat of someone washed over by a wave of sadness only to find an animal bring comfort – a donkey nestling its face in a shoulder or a horse pressing its head to a grieving heart.

The 10-acre swath of valley feels something like a bohemian enclave crossed with a kibbutz. In the day, the sprawling expanse is baked in sun, all the way back to the creek at the farm’s border, where a family of otters comes to play. At night, under star-flecked skies of indigo, paths are lit by lanterns and strings of bulbs glow, and all is quiet but the gentle flow of spring water snaking through irrigation ditches.

It is an oasis, but a constantly changing one, reinvented by each new visitor leaving their imprint.

Memories of the dead are everywhere. The farm’s guest house was made possible by donors, just like everything here, and names of their lost ones are on everything from benches to butterfly gardens.

For Liz Castleman, it is a place she has come to feel her son Charlie’s presence even more than home. A rock with a dinosaur painted on it honours him and a wooden bird soars with his name. Strawberries at the farm have even been forever rebranded as Charlieberries in recognition of his favourite fruit.

Few in Castleman’s life can bear to hear about her son anymore, three years after he died before even reaching his third birthday. She’s come to the farm a half-dozen times since because here, people relish hearing of the whip-smart boy who made friends wherever he went, who’d do anything to earn a laugh, who was so outgoing in class a teacher dubbed him “Mayor of Babytown”.

“There’s something, I don’t know if it’s magical, but you know that anything you say is okay and anything you feel is okay,” said 46-year-old Castleman, whose son died while under anaesthesia during an MRI, likely due to an underlying genetic disorder. “It’s just a complete bubble from the rest of the world.”

The farm is the realisation of a long-held dream for 56-year-old Cacciatore, who sees her work as a way of honouring Cheyenne and who never could have imagined the life the baby’s death would give way to.

“I had a little girl who was born and who died, and it changed the trajectory of my life,” she said. “But I’d give it back in a minute just to have her back.”