STOCKHOLM (AFP) – Swedish maritime archaeologists have discovered the long-lost sister vessel of the iconic 17th-Century warship “Vasa”, which sank on its maiden voyage, the Swedish Museum of Wrecks said on Monday.

Launched in 1629, “Applet” (The Apple) was built by the same shipbuilder as the famed 69-metre “Vasa”, which is now on display in Stockholm after being salvaged in the 1960s.

“Our pulses raced when we saw how similar the wreck was to Vasa,” said maritime archaeologist at the museum Jim Hansson.

The huge shipwreck was discovered in December 2021 in a strait off the island of Vaxholm just outside the capital, Stockholm, according to the museum.

Hansson said the construction and the dimensions seemed “very familiar” to them, sparking hope it could be one of Vasa’s sister ships.

While parts of the ship’s sides had fallen off, the hull was preserved up to the lower gundeck, and the parts that had fallen off showed gunports on two levels.

A more thorough survey of the wreck was carried out in the spring of 2022, which revealed ship details that had previously only been seen on the Vasa. 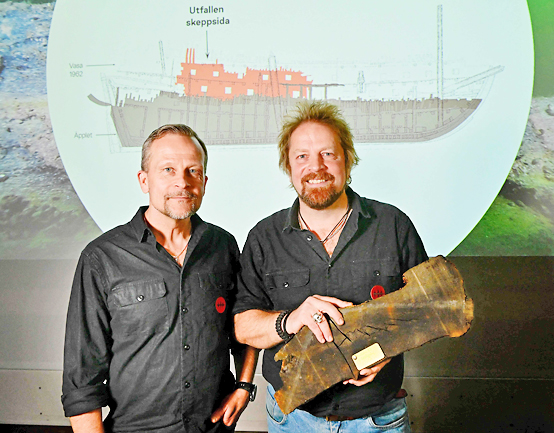