The sole candidate, Muhammad Syaiful Faizal, 42, is a religious teacher at the Islamic Studies Department at the Ministry of Religious Department (MoRA), and has a religious training certificate from the Religious Teachers University College of Seri Begawan.

Among the 63 voters, 25 voted through the PMKK e-Voting conducted on Friday, while 36 voted in person yesterday.

The final tally was 61 in favour and two against.

Muhammad Syaiful Faizal expressed his blessing to the supporters, friends and family for supporting him to become a leader for the community. 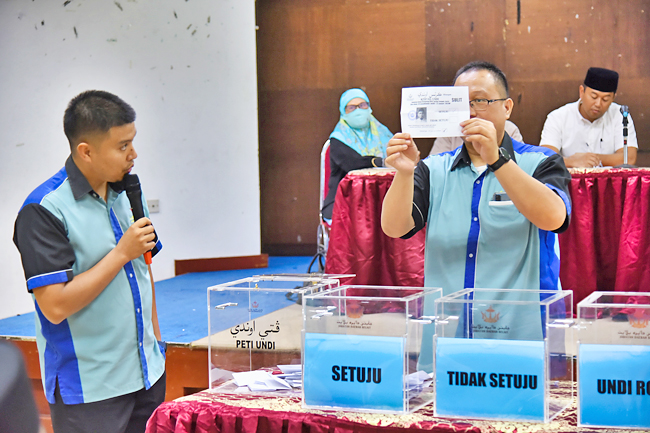 “In addition to reaching for the village’s aspirations, I wish to extend a helping hand to the villagers to collaborate and realise future projects and plans.”

He hopes that the votes will mark the first step in helping to grow the village, and to work together with the residents to figure out what can be done to improve the village as a whole.

Also present were the Head of the Local Authorities and Communities Division (District) at the Ministry of Home Affairs (MoHA) Jaimah binti Tuah.