Malaysian singer and songwriter Aina Abdul, a judge at the Express E-Hits 2 Awards, said it was difficult to judge the competition due to the outstanding songs and performances, where male trio D’3VO won the best song of the night with Luka, composed by Rapul Rezal, at Jerudong Park Amphitheatre on Saturday.

The second best song was Sufuciente by Andi Othman and composed by Hans Anuar, while third went to Dangan by Ezah Hashim, composed by Naree Rahim and Hafiz Salim with lyrics by Sang Hikayat.

Express E-Hits is a programme that showcases local singers, lyricists and composers, to boost the local creative industry.

The programme was also broadcast live on RTB Aneka, RTBGo and Pelangi FM. 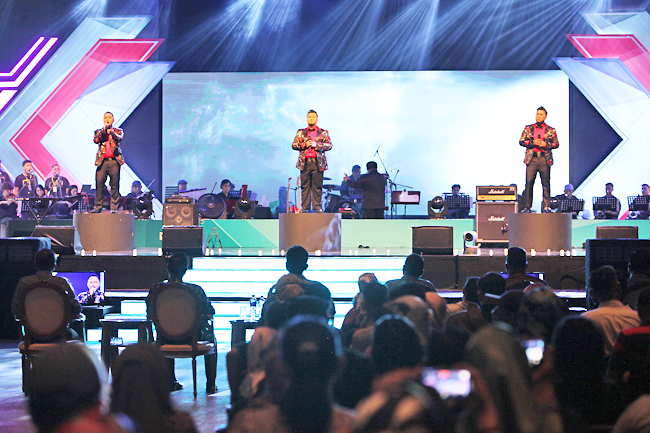